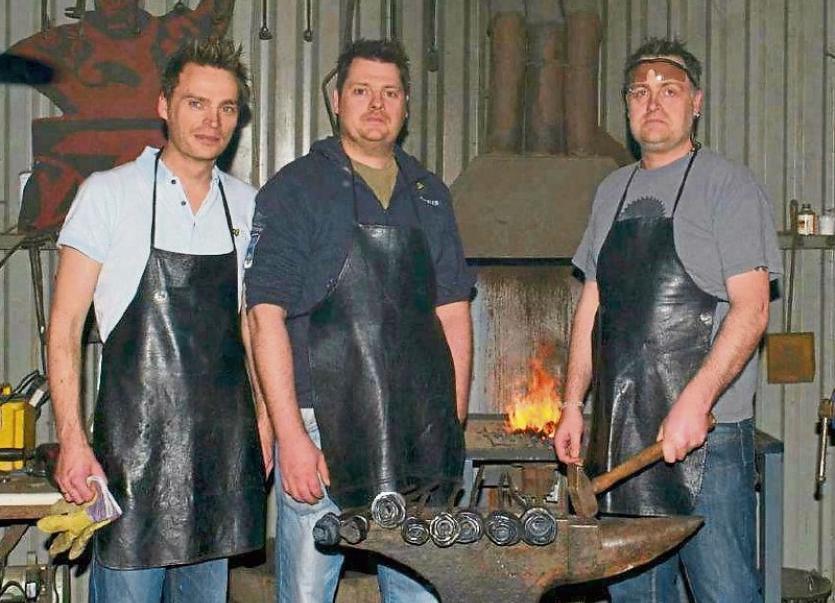 Band of brothers: Morten, Werner and Geir Arne Jorgensen, whose son Espen was killed in the 2011 in the attacks in Norway at Eric O’Neill’s forge in Cappamore

A PERMANENT connection has been forged in iron between a Cappamore blacksmith and three Norwegian brothers.

Eight years ago, lone wolf domestic terrorist Anders Behring Breivik killed 77 people in a bomb and shooting rampage in Oslo and on the nearby island of Utoya.

Months later a call went out from Norwegian blacksmiths to the worldwide community of smiths to forge remembrance roses. The Iron Rose for Norway project was born. This memorial, featuring 1,000 pieces of art, was unveiled outside Oslo Cathedral at the end of September.

Three roses are in memory of 17-year-old Espen Jorgensen. They were made by his father Geir Arne and uncles Werner and Morten with the help of Cappamore artist blacksmith Eric O’Neill. 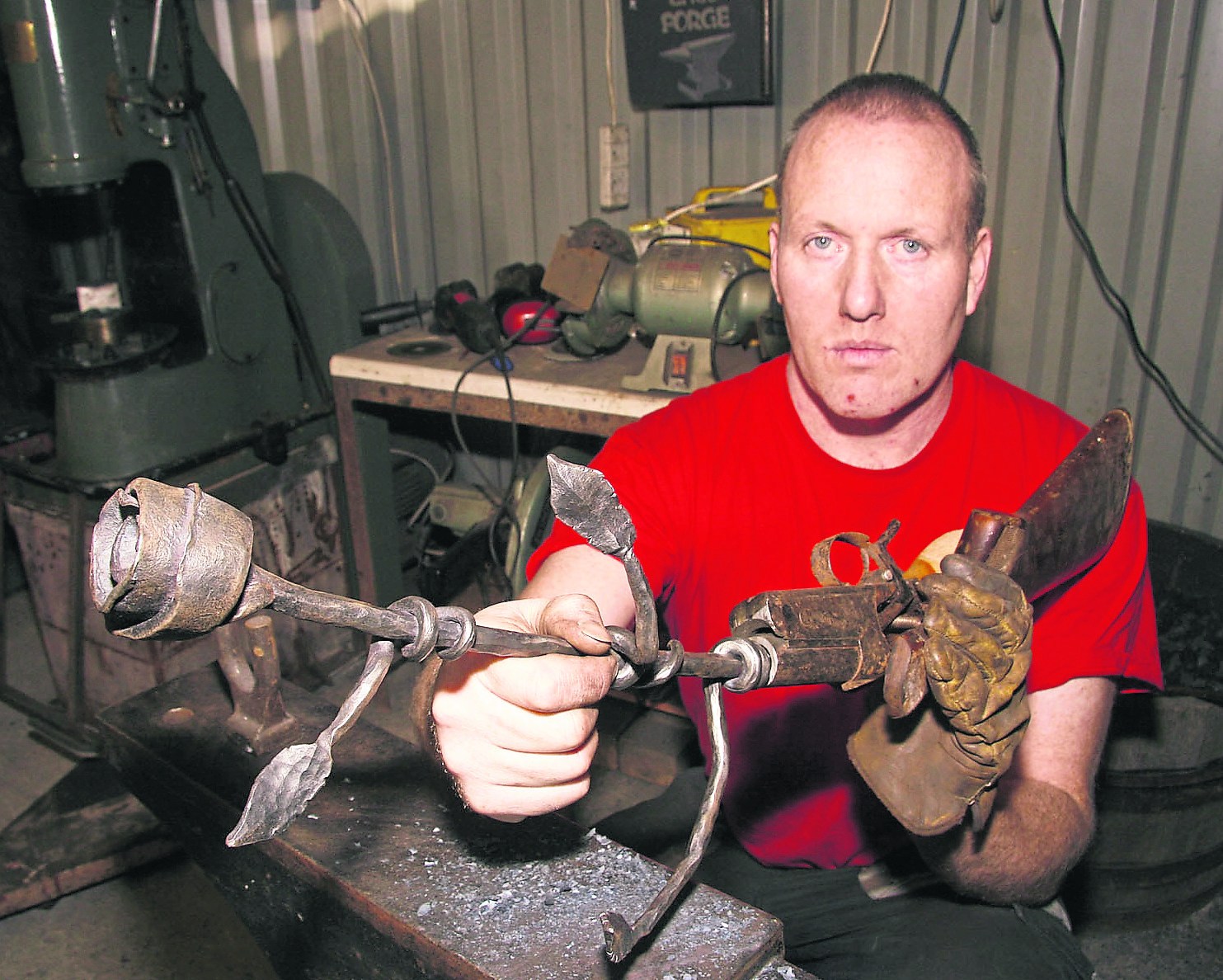 Morten and his Irish wife, Ciara, reside in Killaloe. She had heard about the project and through the Irish Artist Blacksmiths Association (IABA) they became acquainted with Eric.

By chance in May of 2012, Geir Arne and Werner were in Ireland for Morten’s 40th birthday party in Flanagan’s, Ballina. They asked Eric if the three of them could come out to his forge in Cappamore to make some roses.

“My answer was simple, what day suits you?” recalled Eric.

Morten said he and his brothers had no forging experience. 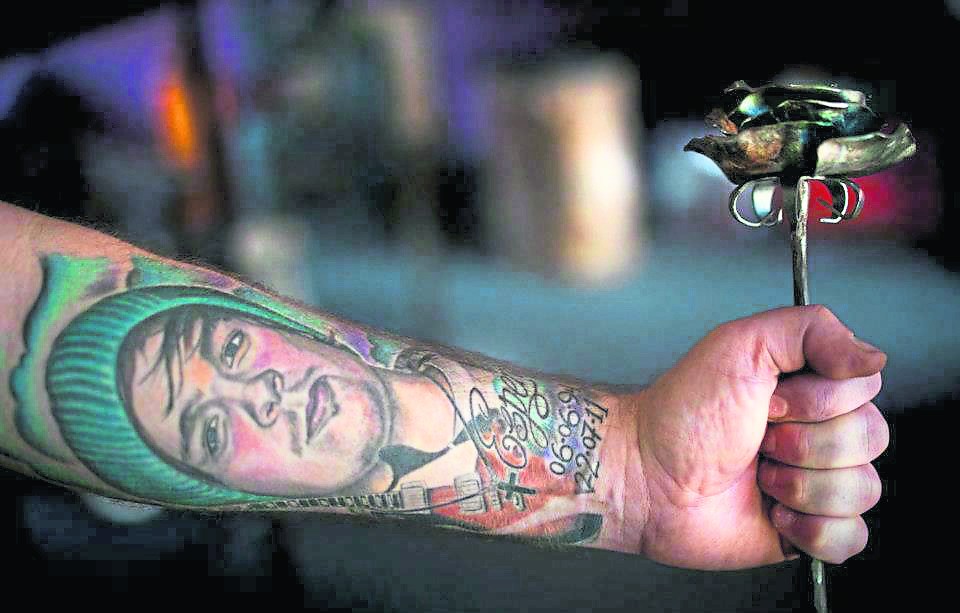 In Geir Arne Jorgengen's fist is a rose and on his arm is the tattoo of his murdered son, Espen

“Eric took us through the process. He had made some preparations before we arrived to make it easier for us newbies. Eric made a rose first and showed us how to do it, and then we each followed his process and made our own following his lead.

“It was great meeting with Eric, for many reasons. His invitation was a major gesture of support, it was educational, he is the nicest man you'll ever meet and we had a great chat with Eric over a cup of tea after,” said Morten.

They were all the same design – a long stem with a large flower head and petals. Each flower head was made from a single piece of iron which they shaped into petals and then coiled around to make a flower.

Geir Arne and his daughter Camilla attended the unveiling ceremony of 1,000 roses just over a month ago in Oslo.

“It was busy and crowded but they went back to the monument the following day and had some quiet time to admire the roses and reflect. Geir Arne managed to find the roses that we had made at Eric's forge in Cappamore among all the other roses in the monument,” said Morten.

To Morten the Iron Rose project is not just a massive act of support, it is also a symbol for all of the support that they received following the terrible events of July 22, 2011.

“Nobody commissioned the monument, it just grew from the goodness of people’s hearts. The fact that there were contributions from all over the world shows the scale of the support. After a violent and senseless attack like this, you are very disillusioned and it is easy to lose faith, but this type of support from all corners of the earth restores a sense that there is still good in the world. 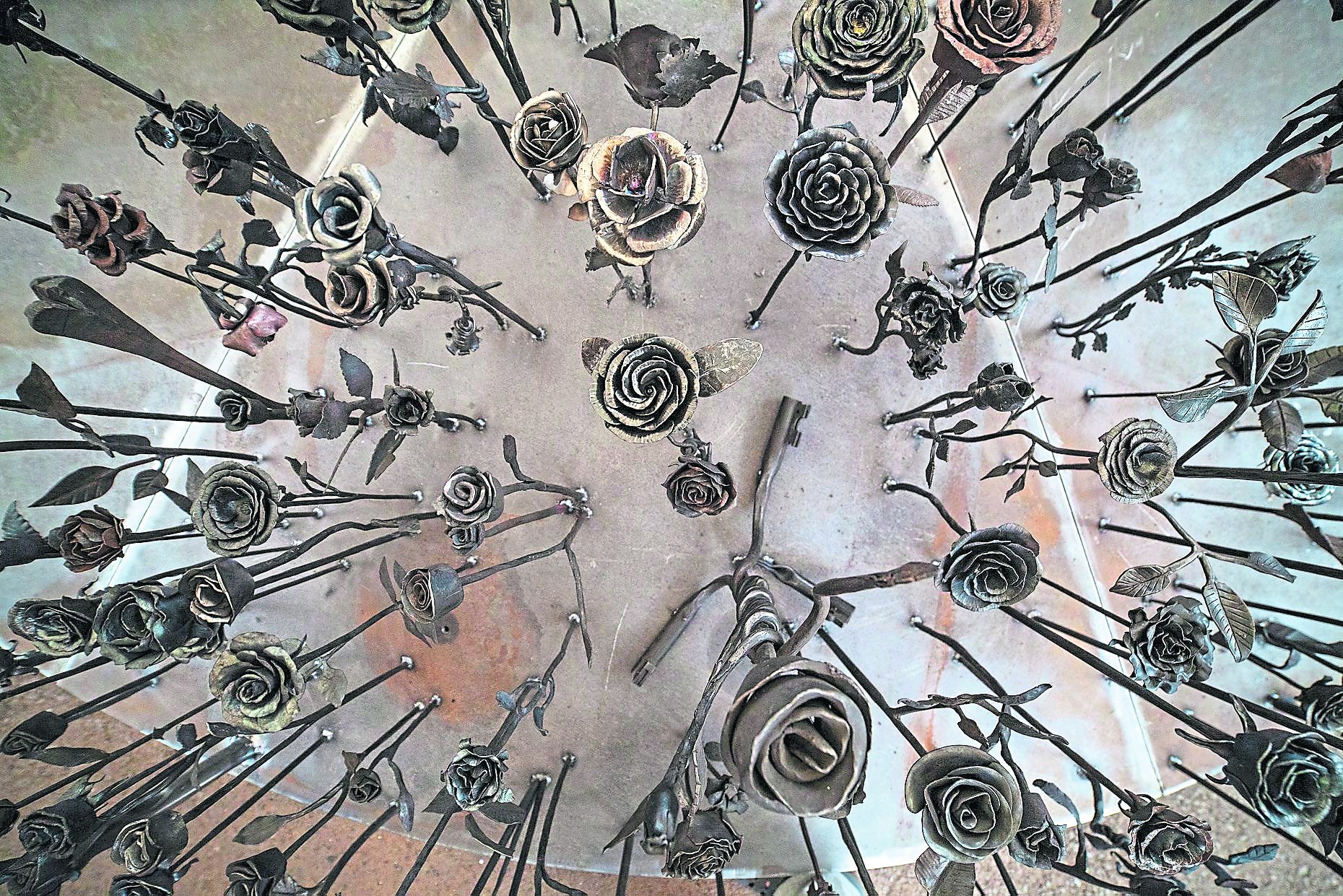 A rose by any other name is still a rose: Pieces forged in Cappamore that form part of the memorial

“Being invited to forge our own roses to be part of the Iron Rose project and monument makes me both proud and humble. Proud that I've made a rose for this monument to honour my nephew, and humble to see all other roses that it stands among,” said Morten, who wishes to say a big and humble thanks to Eric, and the IABA.

Eric said the day spent forging with and the visit of Geir Arne, Werner and Morten has left a lasting impression on him.

“As a dad I was happy to open my forge and help a fellow dad forget if possible his immense sadness for a couple of hours, and share with him and his brothers the craft of forging and create a number of roses for the memorial project,” said Eric, who had already crafted six roses from seized weapons donated by Bruff gardai.

“I often consider the pain Geir Arne and his family were going through to lose a son at such a young age to the terrible and senseless atrocity that took place in Norway.

“Of all the work, sculptures and memorable projects I have been involved with in my forging career to date, this day would rank right up there. I was lucky enough to be in a position to share and offer my help and skills, in a small way, to a band of brothers in their hour of need,” said Eric.

One day, he hopes to travel to Oslo and see the memorial outside the cathedral.

“I’m immensely proud to have contributed a tiny part of it. I hope it brings peace and comfort to the hundreds of families affected by the shootings in Utoya,” said Eric.