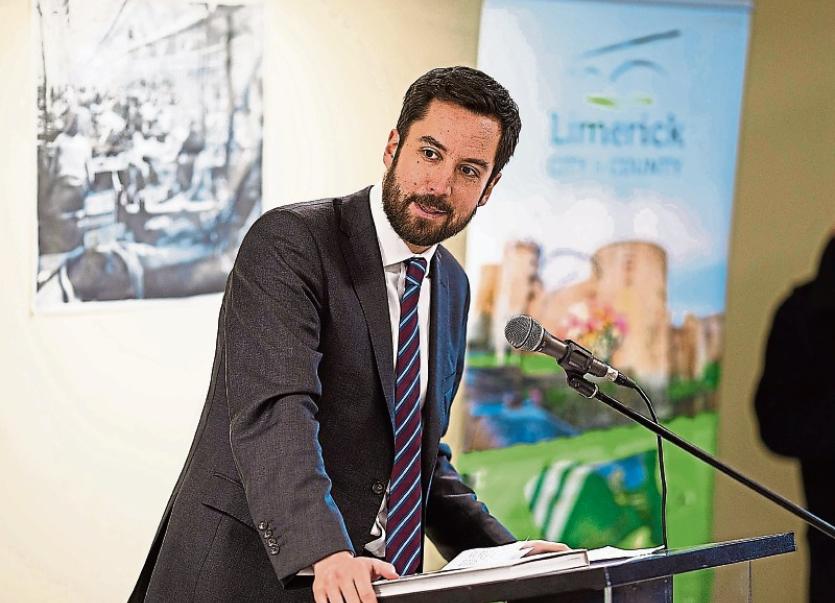 LIMERICK Senator Kieran O’Donnell is concerned that national guidelines on the number of houses per hectare could lead to an increase of apartments in Castletroy.

National planning guidelines generally require between 35 and 50 houses per hectare, and Mr O’Donnell is fearful this now means developers are pitching apartment blocks instead of starter homes.

And, due to the well-documented lack of market demand for apartments in Limerick, these may not be built.​

Speaking in Seanad Eireann, Mr O’Donnell invited the Housing Minister Eoghan Murphy to Castletroy to witness the lie of the land.

“The consequence of this is that they now involve a large number of apartments. Obviously, an issue I'm seeing is applications are being made and the local authority is coming back and saying they must comply with national guidelines of between 35 and 50. It's bringing about large blocks of apartments. What I feel is in many places, apartments are not appropriate. People want starter homes,” the Fine Gael man said.

What's happening at the moment is applications are going into the local authority. Work is being carried out. They say if you need to employ with national guidelines, you need to push houses well into the 40s. That's bringing about a high concentration of apartments. I feel we need a good mix of apartment blocks and starter homes,” he said.

In the Seanad debate, Mr Murphy defended the planning guideline, saying: “It seems appropriate to me”.

“But I am more than happy to go and take a look, to go to the location. I've done that in previous instances where someone has said to me the density your guidelines mean for this site don't work, it's incumbent on me to go and take a look and ask does that stack up.” Mr O' Donnell said what works in Dublin and might work in the middle of city centres is not a fit for suburban areas which are highly residential.