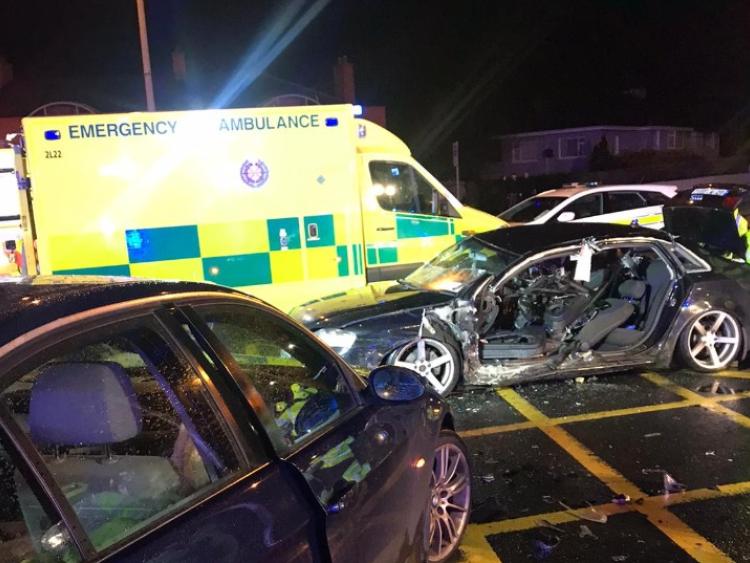 The incident at Caherdavin Cross near Ennis Road

TWO people have been hospitalised following a double-vehicle collision in Limerick city on Wednesday night.

The incident occurred when a Skoda and an Audi collided at Caherdavin Cross near Ennis Road at around 10pm.

Gardai, National Ambulance Service and Limerick Fire and Rescue Service were dispatched to the scene.

Two of the five passengers in the Audi were taken to University Hospital Limerick, while the driver and only occupant of the Skoda was uninjured.

The two passengers' injuries are understood to be not serious.