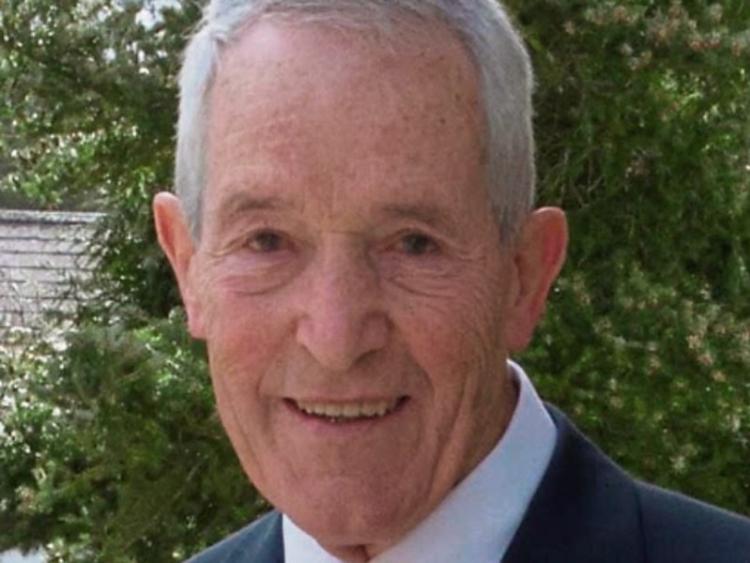 One of 11 children, Paddy's life was full of family, religion, sport and he got great pleasure in the All-Ireland win

THE LATE Paddy O’Connor was an old-school gentleman and a devoted family man.

The very happy and content man, who lived a simple life, was born in Boher in 1934. Paddy was the youngest of Matt and Elizabeth O’Connor’s eleven children.

He attended Eyon National School and later CBS, Sexton Street. There he shone on the hurling pitch and in 1953 and 1954 he was the only student to be selected to represent the school on the Munster Colleges Interprovincial Hurling team.

On both occasions they were victorious over Leinster and were presented with All-Ireland gold medals. Paddy played in many different positions, but excelled as centre back wearing the number six.

In 1954, Paddy won an East Limerick Junior Championship with Murroe beating the South Liberties. In 1957 Boher formed its own team and reached the East Final in 1958 where they were defeated by a star-studded Pallasgreen team.

Little did he know that Pallasgreen would later become central to his life. He would move there in 1964 when he married Maureen O’Neill and spent the rest of his life in Corelish.

Paddy’s greatest talent on the field of play was his ability to read the game but he was also known for his stylish play. His interest in Limerick hurling continued throughout his life and he was delighted to see Limerick win the All-Ireland last year. He felt that it was and is an amazing team.

He loved all sport and took a great liking to rugby. He started going to Munster matches with his colleagues from Clover Meats. In recent years his favourite player was Keith Earls.

Paddy had the honour of meeting Keith in Hook & Ladder a number of years ago. They shook hands and had a chat. He was really looking forward to the World Cup in Japan but, alas, that was not to be.

Paddy was a deeply devout man and would say his prayers morning and evening. He never missed Mass. He had a real love of the Divine Mercy and would recite the Chaplet daily.

He was delighted to have had the opportunity to travel to Lourdes with his parish, something he would never have dreamed of doing by himself. It was a trip he really enjoyed. A family friend in America affectionately called him “the Bishop” because he was so devout.

Paddy loved a sing-song. At his 25th wedding anniversary party, a little sing-song began. It was during this that Paddy’s neighbours first became aware that he could sing.

One of his grandnephews commented that Paddy was drunk as they couldn’t stop him from singing but he hadn’t touched a drop. This launched his fun-filled stage career with the Pallasgreen Variety Concert group.

Following a huge funeral, Paddy went to his final resting place in Pallasgreen with the scarlet and green of the Boher flag and his number six jersey adorning the coffin.