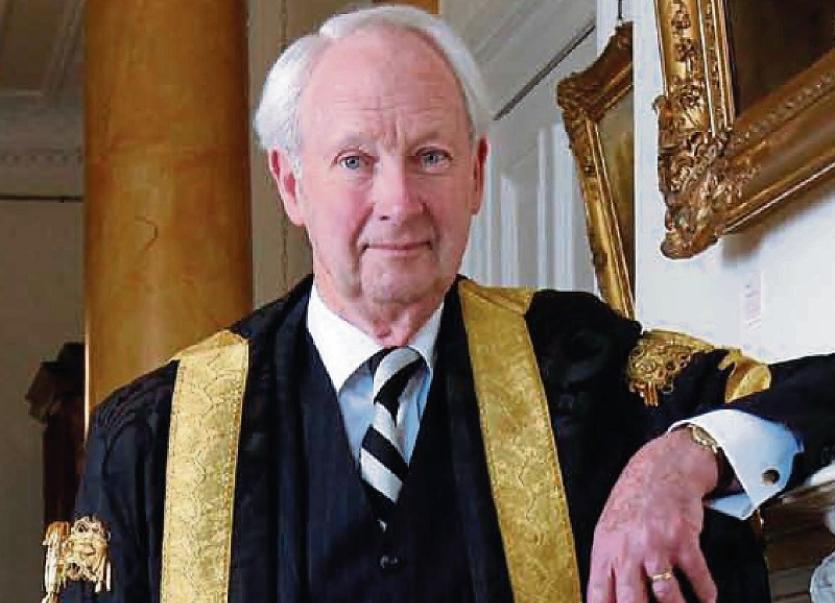 THE founding president of the University of Limerick, Dr Ed Walsh, has said he was “ruthless” in rejecting any proposals for a UL presence in Limerick city because he was determined to build up the campus in Plassey.

Last week, UL finally unveiled its first base in the city centre, the former Dunnes Stores site on Sarsfield Street. The current president, Dr Des Fitzgerald, said the new campus “will be a flagship for our university and our city” and added: “We want this building to be transformative for Limerick city and for UL.”

Dr Walsh was speaking in a major interview with the Limerick Leader published in a special supplement this week, UL into the Future. The outspoken former president ran the institution for 28 years and this month marks the 50th anniversary of his appointment.

He also strongly criticised the university’s decision to sue the Limerick Leader in 2015 over a front-page report about whistleblowers from the finance department who were suspended after refusing to accept termination payments conditional on a confidentiality clause.

“I don’t even know who took that decision — but it was not a good decision,” he said.

“I was so sad and upset about the whole bloody thing. This event will never be forgotten in Limerick media – in national media. It consumed a huge amount of emotion, internally and externally. It distracted people.”

Dr Walsh said he had no interest in establishing a city-centre base for NIHE, which became UL in 1989, because the university was still small by international standards.

“Any opportunity to make something happen, I wanted to make it happen at Plassey,” he said. “My thinking was that if there’s a strong university associated with Limerick – it will benefit the city. And the city will eventually grow around it.

“Clearly, if I had tried to do it in the city, it would have helped the city. But my job was to create something which might become a university – and I was fairly ruthless in refusing proposals to do other things elsewhere.”

In a wide-ranging interview, Dr Walsh – who will turn 80 early next month – said that after university status was finally achieved, “the place became much more difficult to manage.

“People said, ‘Now we’re a university we should do this, do that.’ Our strength had been trying to do a small number of things well.

“It was ‘now we’re a university, one would expect ...’ And then political correctness started having an unhelpful effect.”

He retired in 1998, but said “the last years were fairly miserable”, in large part due to a hostile relationship with the chairman of the UL Governing Authority, Jack Daly.

“It was a horrible, nasty experience absolutely soul- destroying,” he said, recalling that he and other UL leaders had been brought before a sub-committee of the Governing Authority “to be investigated”.

This followed financial concerns raised when “it became obvious that our chairman had written to the [Comptroller &] Auditor General.

“They went through everything. It was a dreadful period – six or nine months. They found nothing. I remember saying to the Governing Authority – ‘We have got to where we are by taking judicious risks. But under the conditions you are creating here, my team can’t take risks.’”