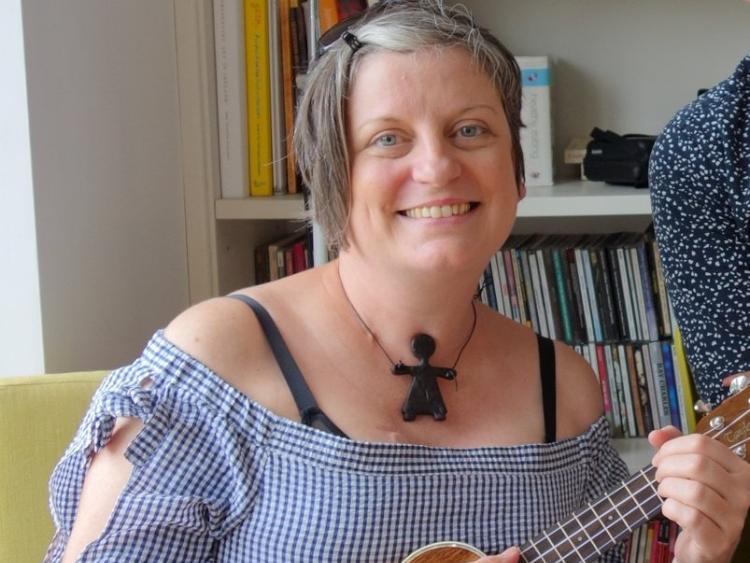 'A truly beautiful soul has taken her leave from us': Sinead Dinneen, Murroe and Corbally

She was my friend.

She was my colleague.

She was Sinéad Dinneen"

Mary Immaculate College lecturer in music education, Ailbhe Kenny's beautifully stripped back words sum up a beautiful woman that has left this world.

Sinead Dinneen, Murroe, and Irish Estates, Corbally, died peacefully in the care of the wonderful staff of Milford Care Centre on Wednesday.

Rarely has there been so much colour in a notice on RIP but that was Sinead: "Visual Artist, Cut Out Doll, Ukealady, formerly of Mary Immaculate College."

Thoughts are with her family, children and wide, wide circle of friends.

Ailbhe is one of many who have shared their memories of Sinead on social media.

Her friends in the Ukealadies used one of Sinead's own quotes.

"After I became ill, I wanted something to feed my soul. I typed 'happy instrument' into Google and out popped the ukelele."

That delicate little instrument has become a symbol of so much more.

The Ukealadies joined together to say: "A truly beautiful soul has taken her leave from us. A warrior, a maverick, a true friend, an artist, an empath, mother, daughter, wife, sister. For us, a ukealady, a messer of the highest order, a lifelong friend. She took us all on an amazing, crazy journey and we will miss and love her forever. Rest in power Sinéad Dinneen, you mighty woman."

Deputy Jan O'Sullivan said: "Sinéad brought such joy to our community and we were so privileged to know her, heartbreak for her family whose loss is greatest but we will all miss her so much."

"One of Murroe’s children, the juggernaut of creativity and inspiration that was Sinead Dinneen, has passed away," is how the person behind Murroe and Boher's Twitter account put it.

UL's Stephen Kinsella, and adopted Murroe man, said he was sad to hear the wonderful Sinéad Dinneen has left us. He added a link to an RTE Radio One documentary.

"You'll get a flavour of how special she was by listening to this," said Stephen, who expressed his condolences to her family, her parents Florie and Dan, the Mary I community and, of course, The Ukealadies.

Sinead's husband Damian has lost a wife. Daniel and Isaac have lost their mother. Sisters Orla, Niamh and Eimear and brothers Mark and Conor have lost a sibling. Her countless friends, neighbours and colleagues have lost someone very special. And the world has lost one of the good ones.

Reposing at Milford Care Centre this Thursday, November 7 from 4.30pm to 7pm. House and cremation private.

Genereous to the very end, donations in lieu of flowers to Milford Care Centre, the Irish Cancer Society and Ovacare.