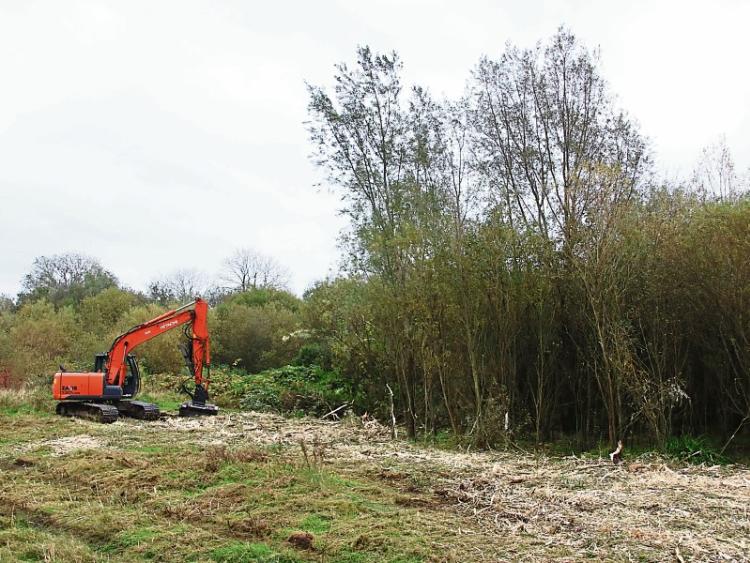 The land being cleared of trees and shrubbery by machinery PICTURE: Adrian butler

MEMBERS of a community on the outskirts of Limerick city have been left “outraged” as a green area near their homes zoned as open space is being cleared of trees and shrubbery.

Residents of Riverdale, in Westbury, have protested against developments on the land three times since March this year.

Gerard Madden, Parteen, who told the Limerick Leader he purchased the site at a public auction claims that the land is zoned for both open space and agricultural use.

This is disputed by local councillor and Mayor of Clare Cathal Crowe, who clarified the land's status to The Leader.

“Historically, all the land was zoned as residential and earmarked for another phase of housing development.

“Ten years ago I proposed we remove zoning entirely from it. It was around the time property developers were going bust and I thought what’s the point in having another piece of land zoned for unfinished developments? So it was de-zoned. When it was de-zoned, it was agricultural land.

“Five years later, I proposed to zone it as open-space which gives it extra protection,” he added. Open space means it’s for use of the public and no longer zoned for agriculture, the councillor added.

Riverdale resident Sharon Murphy, below, said, “Our children play here, we pay to maintain the grass because we’re in a private estate, he (the owner) knows this. 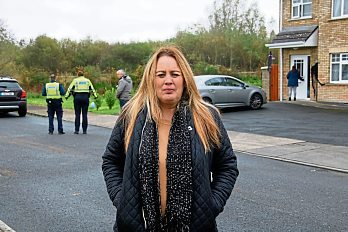 “First he said it was for horses, now it’s for cattle. Just think of all the heavy machinery coming in here in the summer, you hear so much about farm deaths.

“We’re a small community, we’re going to have the smell of farming in on top of the houses here,” she added. “The council distinctly said there’s to be no cutting down of trees.”

Mr Madden said, “In the last ten years the developers went bust, we’re just here today clearing the land and you’re allowed to do that legally. It’s been agricultural land for the last 200 years,” he added.

“This was sold at public auction, and the reality is if the council want it for apartments or a park or something I’ve no trouble selling it to them.”

Regarding the angered residents, Mr Madden said: “I think they’ve been misled by politicians, if the politicians want the land they should buy it for them.”

The current zoning of “open space”, stipulates that the lands will be retained as undeveloped open space, mainly for passive activities such as children’s play areas.

Cllr Crowe said, “This green area is used by kids from all over the estate, they kick ball down there.

“I’m very open and clear in my view that open space gives us protection and that virtually nothing can happen there, and I would encourage the landowner and his agents to reconsider and reassess what works they have planned.

“Going forward I will ensure that the land is safeguarded to be used by residents.”

Gardaí said the incident “is a civil matter between the individual and the Department of Agriculture.”