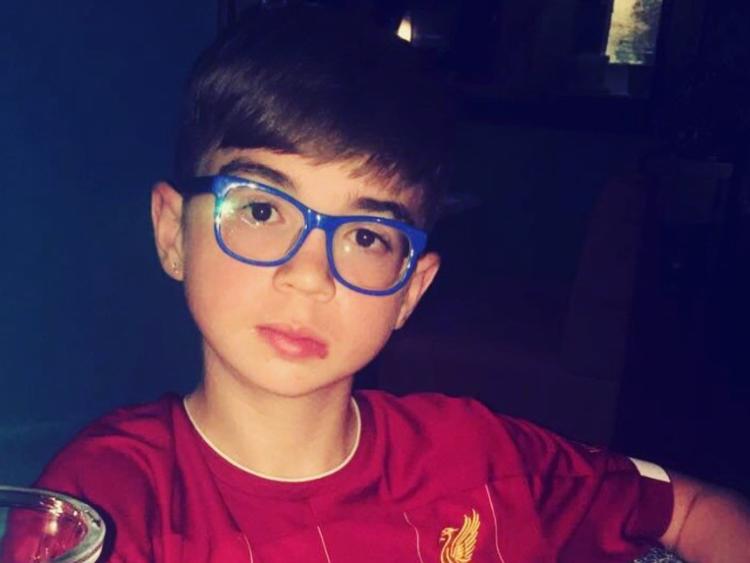 HEARTFELT tributes have been paid to much-cherished Brooklyn Colbert, the 11-year-old young boy who died in suspicious circumstances at the weekend.

The young boy was a pupil of JFK Memorial School, on the Ennis Road, and was a well-known underage player in local soccer clubs.

“Brooklyn was a very lovable and kind boy, popular with both his peers and teachers,” said his principal, Theresa O'Sullivan, “he had an easy-going personality with a good sense of humour.

“Brooklyn will be greatly missed and fondly remembered by all as we continue to provide support for our school community.”

Brooklyn was the only child to his mother Sonia Aylmer, and had just moved to the area from Caherdavin with the mother and son set to move into a new apartment in Parkview, Kileely.

The young boy is also the son of well-known Limerick soccer player Wayne Colbert who is known as talented League of Ireland player.

“Nobody knew anything that had happened, they still don’t know. I grew up around the corner from the house where he was found, it’s just surreal.”

Local councillor John Costello said: “Brooklyn would be well-known in the community, he played soccer for Ballynanty Rovers and I would know his dad.

“The atmosphere is very eerie around the community now,”he added, “residents are obviously in shock, nobody knows exactly what happened.

“I’ve heard that a lot of kids are traumatised in the school, and there’s counselling available for those badly affected.”

Brooklyn played on under-11’s teams for Ballynanty Rovers and Pike Rovers, with both clubs expressing their condolences on Facebook.

‪”Our sincere condolences go out to the parents and extended family of former underage player Brooklyn Colbert, son of current junior player Wayne,” said a Pike Rovers spokesperson, “thoughts and prayers go out to his family at this sad time.”

“Brooklyn Colbert played with our U11s team this year and everyone at the club wish to offer our deepest condolences to Brooklyn's parents and family at this very sad time. Our thoughts & prayers are with them.”

A 26-year-old man remains in the custody of Henry Street garda station, and it is believed he presented himself to gardaí on Sunday evening before the child’s body was found in a home on Shanabooly Road.

It is believed that the man was known to the child, and was reportedly seen by locals entering the home with Brooklyn in the hours before his death.
A post-mortem examination has been completed, a garda spokesperson confirmed last night.

Gardai said that no details of the findings are being disclosed publicly for operational reasons.