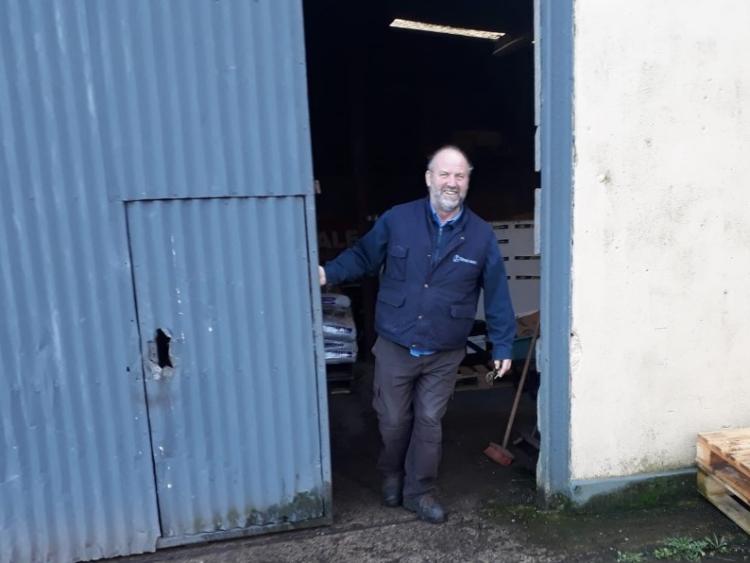 THE LOCAL community of Granagh and surrounding parishes were saddened to hear that the old building of Granagh Co-Operative Dairy Society, used in recent years as a farm store, is closing its doors for the final time this week.

From 2003, the local co-operative creamery has been trading as Dairygold Co-op Stores and served the needs of farmers, trades, businesses and the general hardware needs of the local community over that 16 years, writes Granagh notes correspondent John O’Riordan this week.

“Pat Gubbins, of east Limerick, single-handedly gave an outstanding service as manager, customer assistant and stores supervisor. It creates a void in the local community that will be so hard to replace.

“The general community and visitors to the parish wish to thank sincerely Pat Gubbins for his very kind service to all who called to the local Dairygold Co-Op store in Granagh,” said Mr O’Riordan.

Prominent member of Limerick ICMSA and former Fine Gael councillor Jim Houlihan said it was the “end of an era”.

Mr Houlihan said that there was huge local regard for Mr Gubbins and as the end of his service loomed, appreciation of the efforts he had made on behalf of the local community was growing in proportion.

“He is a great man and we’re in awe of the shift he put in for our us all. His service will not go unmarked and I know that work is already underway to mark both his own work and the sad closing down of the Granagh location that has been in continuous operation since 1891,” said Mr Houlihan, who served as a county councillor for the area for 24 years.

He continued: “So it does mark the end of an era – both in terms of Pat’s redeployment and also the cessation of business at Granagh that was such an integral part of the lives of the people of the area and this part of County Limerick. I suppose that when Granagh amalgamated with Mitchelstown in 1972 if you had told us that we’d continue to have a presence here at the creamery for the 47 years then we’d have been very happy.”

But now that the day is here, Mr Houlihan said there was sadness and their minds “turn to those who went before us and for whom the Granagh creamery would have been such a focal point of their farms and lives”.

“I wish Pat Gubbins the very best. He knows the regard and esteem in which he is held and he has all our best regards for his retirement,” said Mr Houlihan.

Mr Gubbins is being redeployed within the company due to structural changes and closures of branches.

In October 2017, Dairygold  launched a three-year plan to establish a modern “fit for purpose”  retail network.