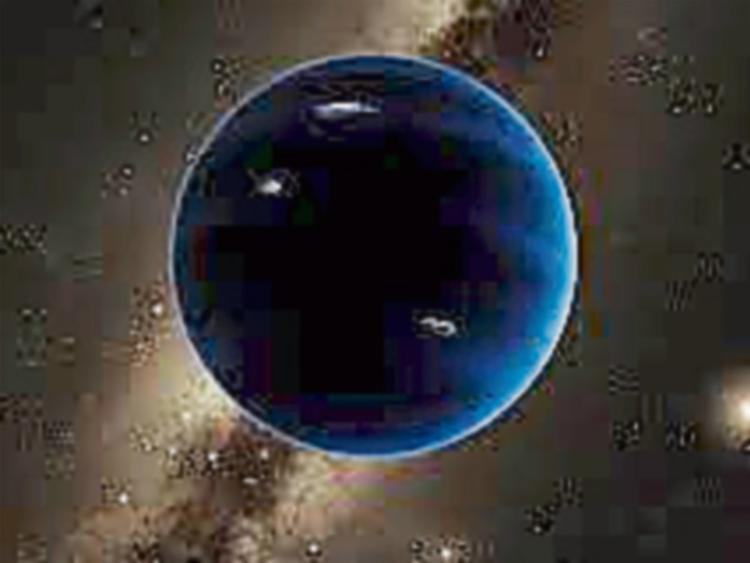 The discovery of Pluto led to the belief that was the final planet on the edge of our solar system.

However for the last number of years a growing numbers of scientists have attributed the peculiar orbits of distant solar system objects on the gravitational effects of an as-yet-undiscovered “Planet Nine” that lies in the icy space beyond Neptune.

It is referred to as Planet Nine, since Pluto is no longer officially considered a major planet.

See below for Rick and Morty's take on Pluto's planetary status

Astronomers have already discovered about a dozen objects in the distant solar system that expand our understanding of the solar system.

This special subcategory of icy objects orbiting past Neptune, these are referred to as Trans-Neptunian Objects (TNOs). These objects all make their closest approach to the sun at the same spot in their rotation. However, the proposed Planet Nine is not one of these objects.

The existence of this planet was first hypothesized by astronomers Konstantin Batygin and Mike Brown of Caltech. Theoretical studies have proposed that Planet Nine (also referred to by some as Planet X) has a mass of between five and 15 times that of Earth, lying between 45 billion and 150 billion kilometres from the sun. This distance would mean that the ‘planet’ would receive very little light from the sun, making it hard to locate with telescopes.

In order to detect objects of such mass, astronomers look for bizarre spots of light formed when light bends around the object’s gravitational field on its journey through the galaxy. These bends of light would not be constant as they appear and disappear as objects move in front of a distant star and continue in their orbit.

There is further thought that the existence of an unknown object could be a primordial black hole instead. Primordial black holes are predicted to have burst into existence within the first few fractions of a second after the Big Bang. However, their existence has never been established. Furthermore, if this mass object is a planet-mass black hole, it would likely be surrounded by a halo of dark matter that could stretch up to one billion kilometres on all sides. If such a mass object, whether a planet or a black hole, it would be one of the largest discoveries made in space history. Since the demotion of Pluto to a dwarf planet, it is believed that Neptune is the outermost planet in our solar system.