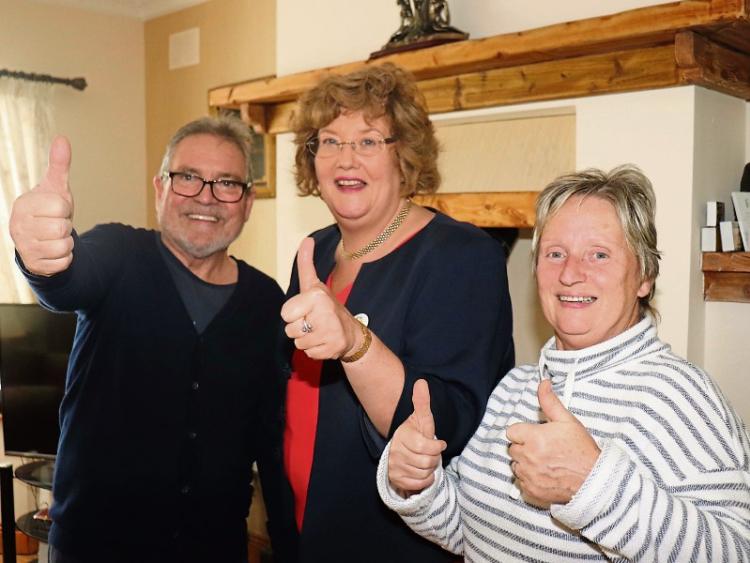 Dozens of people across the city have been living on their nerve after their homes fell victim to pyrite damage, leaving their walls to crack.

Pyrite is normally a harmless mineral, but when mixed with concrete backfill, it can cause walls to split in two.

However, householders across the city are now set to be included in the pyrite redress scheme, meaning repair work which can cost €100,000 in some cases, will be covered by government.

The move comes after six years of lobbying from residents and Senator Maria Byrne, who said she is “delighted” with the outcome, while local residents have hailed the news as “a huge relief.”

The exact number of homes affected by pyrite in the city is hard to establish, as homeowners do not want to openly advertise for fear of their home value dipping. However, the Limerick Leader understands there are at least 100 such cases in the city, including in Rhebogue and Corbally.

Some 23 residents in the Meadows estate in Corbally are all impacted by pyrite.

Ms Byrne said: “the new legislation won’t just cover the houses here. Once this is approved and the legislation is amended, it will cover the whole city and county. So if you’re living in Abbeyfeale or Kilmallock or the city, once Limerick is included in the resolution scheme, anyone can apply."

Leonard Croxton, who has already spent €10,000 to minimise the damage to his and his wife Majella’s home, said he is walking “two inches above the ground” following the news.

“It’s absolutely unbelievable. Myself and my wife are just looking at each other and are so happy – just look at her smile,” he said.

Majella added: “It’s a great relief, for everybody in the whole estate. Everybody is in great form.”

Being included in the redress scheme, Leonard added means he and other residents will no longer share anxieties over the value of their homes, which were valued at around €200,000.

This is because an engineer will release a report once the work is complete and furnish it to all local auctioneers.

Ms Byrne has already held meetings with minister responsible Damien English, who has confirmed to her that he is happy for Limerick to be included in the scheme.

“I’m just delighted it’s come to this,” she told the Leader.

It’s hoped work on the homes in Corbally may start in the next year. The complex job will see the floors excavated and all the diseased stone removed, before it is filled with a granule filler.

It means residents will most likely have to move out  for three months.

Limerick joins parts of Dublin, Mayo, and Donegal in the scheme.