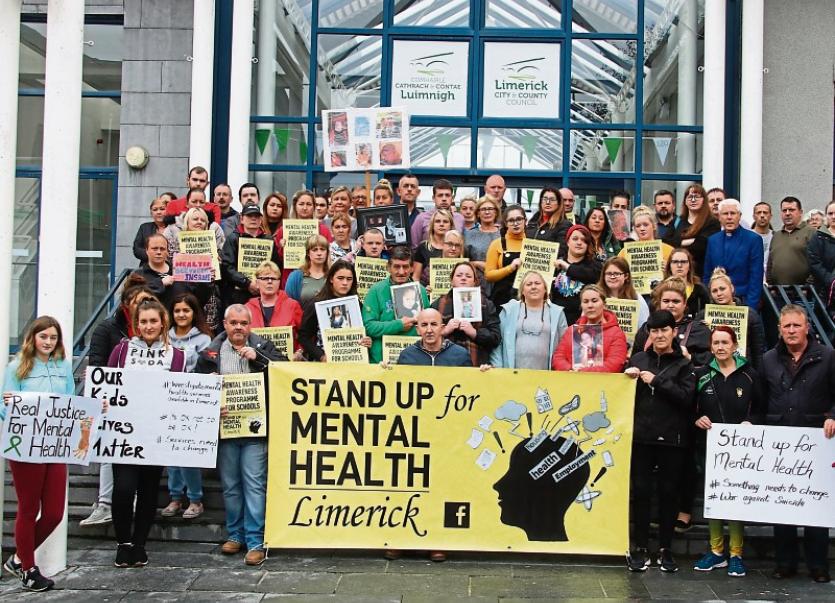 FOR the second time in as many months, a rally aimed at better mental health provision will take place in the city.

Members of the Stand up for Mental Health campaign will gather at City Hall on Merchant’s Quay on Saturday, October ​26 from 12:30pm. They will urge members of council to include funding for mental health services in the local authority budget, which is due to be decided next month.

Activist Seónaidh Ní Shíomóin said: “Limerick has twice the national average rate of suicide and has the highest rate of adolescent self harm in the country. The lack of political will at national level means the responsibility now rests on our local council to lead the way.”

She urged council to hand over one of its vacant buildings as a hub for the various riverside patrols which provide support to people in emotional distress.

Read also: Family and friends of Limerick people lost to suicide speak out about impact on lives

“We also need an out of hours on-call crisis counselor, who could operate out of this same base. Councillors have hundreds of thousands of euro in discretionary spending through the General Municipal Allocation, so the poor mouth won't wash with us. We demand the political will to put their fine words on mental health into action,” she added.

To illustrate their point, protesters will march to an as-yet-undisclosed vacant council building and stage a sit-down demonstration.

Organisers say that anyone interested in fighting for better mental health services are welcome.

They are asking people to bring along banners and flags.

Look up the event on Facebook for more information.