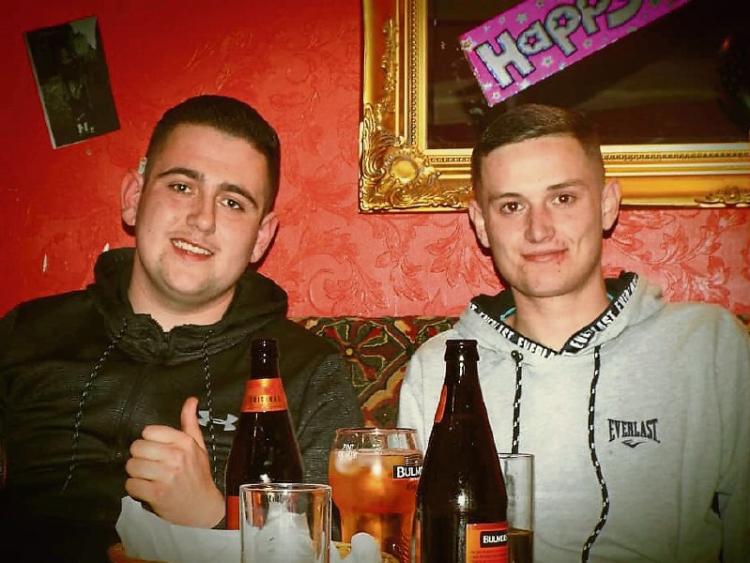 THE death of a loved one through suicide sparks a wave of pain long after that person has gone. Like a pebble hitting a pond, waves of pain ripple outward, the pain of the loss and the feelings of blame only increase for friends and relatives.

When someone dies by suicide, the people impacted most dramatically are those closest to the person: family, friends, co-workers, classmates. But they only represent the first level of impact.

Many others who have had mental health issues themselves can be impacted, it can trigger so many different feelings.

Tragically here in Limerick, there are hundreds of people who facing the loss of a loved one in this way, left bereft, and with a life without meaning.

Often, someone dying in tragic circumstances can attract media attention. But when this fades, that person is left to face the world alone.

She told the Limerick Leader it has left “a huge hole, a huge void” in her life.

“I’ll never be the same person again. That’s the child I bore. She grew inside me for nine months. No mother should bury a child before her. It still seems so unreal. I miss everything, even the drama with her. She was a 100% prankster,” Sandra said.

Families plan things together, and Sandra was no different. Yasmin’s younger sister Paige reaches the landmark age of 18 in February next. Sandra is 50 a month earlier. To mark the double milestone the pair were going to travel with Yasmin for a sun holiday to Tenerife.

While to mark her 25th birthday, which would have been last week, Yasmin would have gone to Barcelona with her boyfriend Adam.

“Little did I know when she was due to be in Barcelona, I would be visiting her grave,” Sandra says.​

Paige is going to her debs ball next August, and it was going to be Yasmin who would have helped pick out her dress.

Yasmin always protected her younger sister, and Paige said that they were the closest of siblings.

She said: “I don’t think anyone will ever mean as much as much as she meant to me. I feel a part of me is gone. We were the same person really, we both enjoyed the same things.”

Sandra admits a sense of frustration around Yasmin’s passing, saying: “I can’t help feel if there was dual diagnosis here in Ireland and Yasmin was getting the correct treatment, would her mindset have been different, would she still be with us today?”

Moyross lad Nathan Keane, 24, lost two of his best friends to suicide within months of each other this year.

“This year after we lost Mac in February, everyone was saying we should never be at a grave again, we should never put people through this. Then it happened to Anton,” he said.

Asked how it has impacted him, Nathan said: “My whole year has been up in a heap. I’ve had to take time off, I’ve had to go and meet counsellors. My head has been down.

“My whole world fell apart. Just as you think we can do this for each other, Anton leaves us all.”

So many people with mental health issues find a way to hide their pain – and this was the way for Danny and Anton.

“That’s the whole torture of mental health. They could come out and say they’re grand, but God only knows what is going on inside.

“I’d bring you to Danny and Anton one weekend, and you’d say they were great craic. They rocked the lot of us,” Nathan said.

Then there is the feeling of what might have been, Nathan added, saying: “You feel guilt. What could I have done? Did I isolate him? Your mind is racing 24/7.

“You wake you remember something you did 10 years ago. It consumes you.”

He said he would consider his group of friends strong and solid. “But it’s hard to deal with. People ask why is it so bad that they went from us? It sits with you and twists your brain to bits.” To his great credit, Nathan has responded to the loss of his friends by setting up a space for young men experiencing mental health issues at the Northside Youth Centre.

And Sandra has found a deep resolve of strength to work to establish a riverside ‘hub’ for people who might be in distress on the riverside.

Nathan said: “Without them two boys, I wouldn’t be doing what I’m doing today.

“I wouldn’t be pushing to get things open, I wouldn’t be looking out for other communities. All I am doing is thanks to them.”

If you need support or if you have been bereaved through suicide contact the Office for Suicide Prevention at 061-461262 and they will help navigate services with you. Alternatively, contact the Samaritans at 116123. Services are free and confidential.