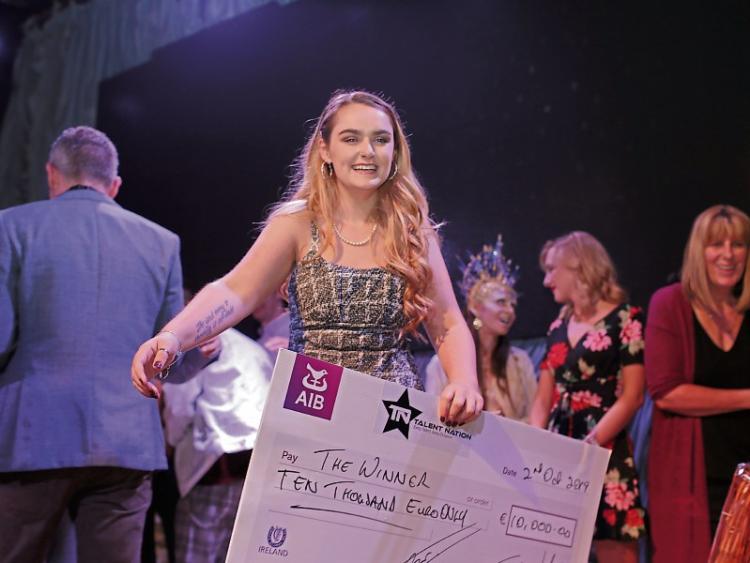 LIMERICK film-maker Rachel McGill has seen off competition from some of Ireland's best young filmmakers to take home a cash prize of €10,000.

Derek Quinn, CEO of Talent Nation says: “The competition shows the range and variety of talent out there. We were blown away throughout this competition and particularly in the last few weeks. We want to wish Rachel and all our finalists a massive congratulations."

McGill is a final-year student at the National Film School in Dublin, and as part of the final year, students create a graduate film that is completely self-funded.

Speaking to The Leader on what she would make her film about, McGill said she would use the prize money from this competition to fund a "fairy-tale horror film" about a young woman driven to the brink of madness while dealing with grief.

"The film is set on the west coast in the 1940's and is inspired by folklore of the area. The film is based on the time I spent as a teen caring for my mother in a cancer facility. Meeting the greatest characters and staying true to my mothers dark sense of humour and ability to see the light in the darkest of places."

Read also: Are you Limerick’s Spielberg? Hunt is on for Ireland’s Young Filmmaker 2020

The newfound windfall will now be used for costume and production design, makeup, locations, actors, catering, crew expenses as well as distribution.

"Having the opportunity to create a film with a high budget gives me more creative freedom with my work. I won't have to work within tight restraints and can release my full potential. Having the money then to distribute the film gives me the opportunity to have my work seen and build my name as a director," explained McGill.