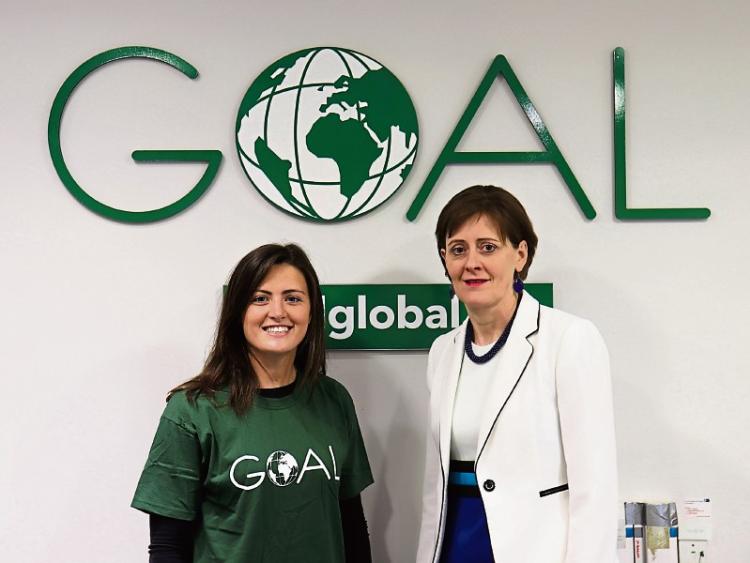 The 25-year-old Limerick native has supported the charity for the past year, and was officially announced as a GOAL Ambassador after a recent visit to GOAL HQ where she met the CEO, Siobhan Walsh, who is also from Limerick.

In her first official act as a GOAL patron, the Olympian is appealing to the people of her home county to show their true colours and get on their kit for GOAL Jersey Day which takes place nationwide on Friday, October 11.

School, businesses and organisations throughout County Limerick are being encouraged by the silver medal-winning hockey star to sign up to GOAL Jersey Day and wear their favourite sporting strip and raise vital funds for the world’s most vulnerable communities.

Read also: ‘From docker to doctor’: new museum covers all aspects of life in Limerick

All money raised will go towards GOAL’s work in emergency response, health, nutrition and sustainable livelihoods in 13 of the world’s poorest countries.

Róisín said: “I’ve supported GOAL for the last year and I’m so pleased to come on board as an official ambassador with some top names in Irish sport. It’s a great time to become a GOALie and I’m excited about what lies ahead.

“I want to take this opportunity to call on the people of Limerick to sign up to Jersey Day 2019 and turn the county green on October 11.”

Roisin is very excited about an upcoming trip to visit GOAL's work abroad.

Details of the trip have yet to be finalised but will take place before the end of the year.

GOAL’s Director of Fundraising & Marketing, Eamon Sharkey, said: “We are thrilled to have Roisin on board as a GOAL Ambassador and excited about bringing her to one of our programme countries to show her GOAL's work in action on the ground.

“It's fantastic to have her support for GOAL Jersey Day which is one of Ireland’s longest-running fundraisers, and has been in existence for more than three decades.

"Last year more than €150,000 was raised to support our work all over the world and we are appealing to the people of Limerick to once again support us - and have fun at the same time,” he said.

“It's the perfect opportunity to proudly wear your team colours, and to share sporting opinions with anyone in the office, or school, who will listen to you!

“It can also boost team, school or office spirit by working together for such an important cause,” Eamon added.