‘From docker to doctor’: new museum covers all aspects of life in Limerick 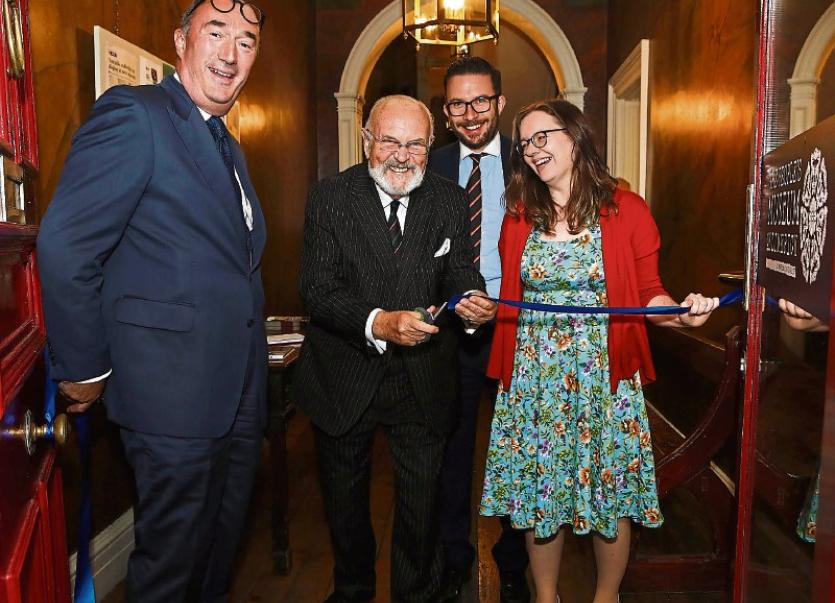 A UNIQUE new museum covering all aspects of life in Limerick has officially opened this week.

Senator David Norris was on hand to cut the ribbon at the People’s Museum, located at number two Pery Square.

Over five floors of the magnificent Georgian townhouse, there lies an enviable collection of memorabilia from across Limerick.

From a set of iron turnstiles recovered from the Markets Field to art created by local soldiers in the trenches, many aspects of local life are here.

For the last six months, historian Dr Rose-Anne White has been transforming the building, which the Limerick Civic Trust has taken on a lease from Limerick City and County Council.

“It’s going to incorporate everything from the doctor to the docker. Hopefully we will incorporate all aspects of life in Limerick. Not just people in the fancy room with the chandeliers, but the people who have historically been looking in at these. That’s my hope for the building,” he told the audience gathered.

Mr Wallace-O’Donnell also acknowledged it was an emotional occasion for the Civic Trust to be back in the building.

“We’ve gone through quite an emotional rollercoaster over the past decade, or decade-and-a-half,” he said.

Mr Norris, who himself is a great advocate of Georgian heritage was full of admiration for the museum collection.

“This is a wonderful thing. Look at the silver, all those marvellous trophies from the history of rowing in Limerick. Limerick is not just a great rugby city, it’s also a great rowing city. Most of this is Limerick silver. This is very special – there’s not a lot of it around anymore,” he said.

“Look at these gracious wonderful Georgian windows. They really knew about fenestration here. You can see the magnificent trees of Pery Square. It’s such a delight to be here. It’s wonderful the Civic Trust is here again in possession of a building they so much deserve,” he said.

The impressive house was the headquarters of the Limerick City of Culture 2014, has seven floors to it, including a coach-house, a basement and a gorgeous garden.

There will be both temporary and permanent exhibitions, Dr White said, with the upper floors available for private hire to groups.

Senator Norris encouraged people in Limerick to “come in and enjoy” the People’s Museum.

The People’s Museum of Limerick, which aims to reflect the diverse lives of the people, buildings and streets of the city, is now open.

Already a number of special events are lined up.

More information can be found at https://www.peoplesmuseum.ie.