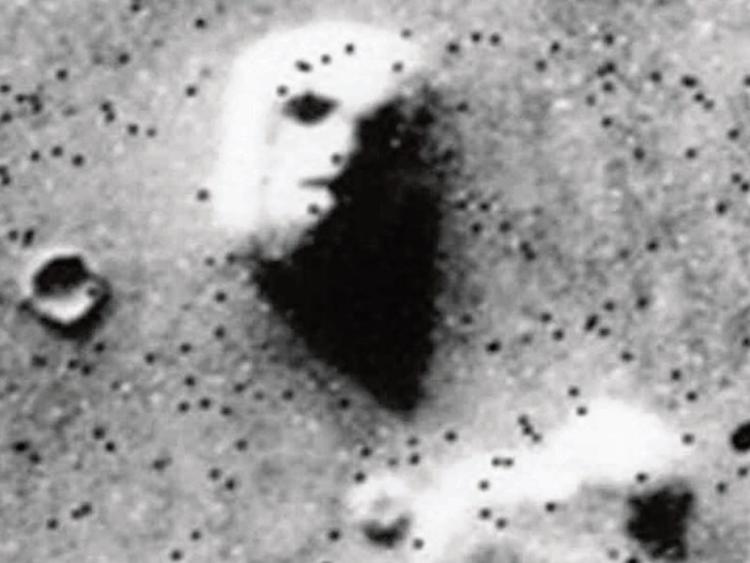 We have covered some conspiracies over the past number of week however these are not the only conspiracies that are out there. If you want to do a deep dive online there is a conspiracy on every part of our universe, here are just a few that may be of interest to you.

The face on Mars: When NASA’s Viking 1 spacecraft sent back images of Mars in 1976, a new conspiracy began to immediately take effect. The reason for this is one picture appeared to show a face on the surface of the planet.

Of course, several theories were put forward stating that this had to be the work of an alien species that left behind evidence of their existence.

More images of the face were sent back by both the Mars Reconnaissance Orbiter and the Mars Global Surveyor in 1998 and 2001.

These higher resolution images highlighted the fact that the ‘face’ was nothing more than a trick of light and shadows on a completely normal Martian mound. You should have a look at these earlier pictures and you can see why so many believed this was a face.

Alien technology on Saturn: A strange, six-sided arrangement on Saturn’s North Pole caused a commotion when it was first spotted by NASA’s voyager spacecraft when it did a fly-by in 1980. It was strange because straight lines and polygons are not so common in nature. As the images from Voyager came back a number of theories began to pop up to explain this ‘structure’. Immediately theories regarding a large alien structure was discussed among conspiracy theorists.

The refuelling spacecraft: One of NASA’s tasks is to keep an eye on space weather, especially solar eruptions, so they spend a lot of time studying images of the sun. In 2012, one of these images became really famous as it showed something floating in close proximity to the sun.

Almost immediately, conspiracy theorists said that this was an alien spacecraft ‘refuelling’ at our sun. NASA reported that this feature is actually something that is called a "prominence," which is an area of cooler and denser plasma. While scientists are still trying to understand the exact cause of this phenomenon, it allows theorists to stick to their idea that this is an alien spacecraft.

Next week we will finish our dive into some of the many conspiracy theories that seem to be out there with one of the most famous ones.

Limerick Astronomy Club meet the first Thursday of every month in room G10 in Mary I.