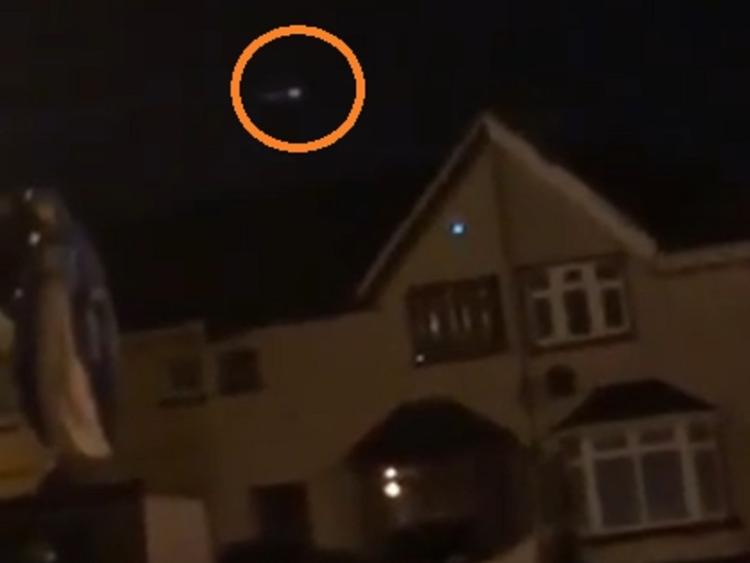 SOCIAL media has been set alight this Friday night with dozens of people posting that they saw a meteorite passing through the skies above Limerick.

Judging by the online frenzy, the supposed meteorite was spotted over Limerick city at around 9pm. There have also been reported sightings of the mysterious object in Galway and Clare and elsewhere across the country.

While some video footage appears to show a fireball passing through the night sky at speed there is no confirmation as to what the object was or where it landed.

However, according to Irish Weather Online, which has been alerted to the various sightings, the object is most likely the rare phenomenon of "space debris".

In a post on Twitter, Limerick Astronomy Club said the sightings were of "space junk" associated with a Chinese satellite which re-entered the Earth's atmosphere.

apparently my dad saw a meteorite tonight in Limerick

Just saw a meteorite fly past in Limerick

Anyone else in Limerick just see a strange streak of light across the sky over the north side of the city?

Initially I thought it was just an aircraft, but when I went outside the light streak was too long, perfectly horizontal, and I couldn't hear anything.#limerickufo

Definitely saw it in the sky tonight, glad to see your article as we were doubting ourselves! #Meteorite #Limerick