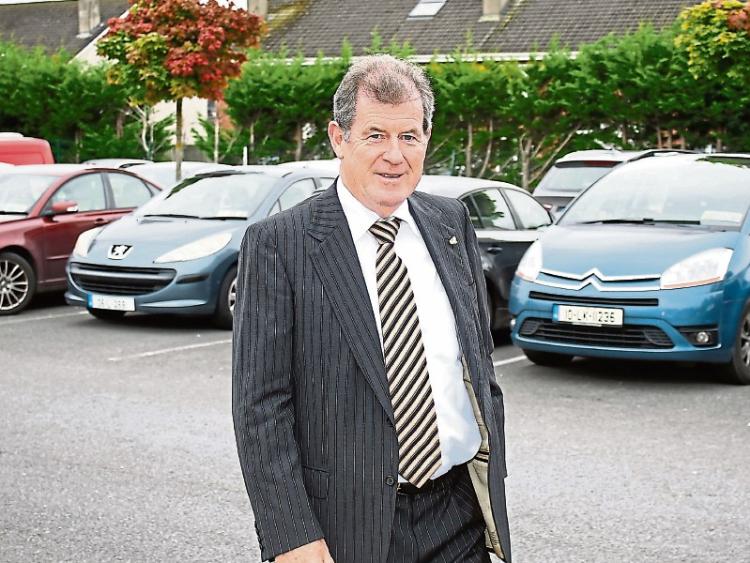 JP McManus is set to take part in this weekend’s massive demonstration in protest at Irish Cement’s €10m plans for Mungret.

Hundreds of people are expected to take to the streets of Limerick to show their opposition to the granting by the Environmental Protection Agency (EPA) of a licence to the firm to burn used tyres and solid recovered waste at its plant.

And well-placed sources have confirmed to this newspaper that in that number will be JP, and his daughter Sue-Ann.

The event – named Speak with your Feet – is also being backed by former champion jockey Tony McCoy and golfer Shane Lowry.  They have posed on Facebook with posters advertising this Saturday​’s march.

As of last night, 307 people had indicated they were going to attend, with a further 587 interested.

It will be the second time Mr McManus has stepped into the bitter Irish Cement dispute, with the billionaire businessman also attending an oral hearing into the proposal at the South Court Hotel in 2017.

At the time, in a brief comment, he told reporters: “I’m concerned. Beginning and end.”

Although he did not address the event itself, he attended on all four days.​

Irish Cement for its part has always maintained any impact will be negligible, due to the fact burning will be taking place at over 1,500 degrees celsius.

It also says the plans are crucial for the future of the company, protecting the 105 jobs.

Mr McManus’ support comes after LAP members sounded out Sue-Ann in 2017 as the family helped oppose plans for an incinerator near Coolmore Stud in county Tipperary.

The Speak with your Feet march kicks off at 2pm on Saturday from outside Limerick City and County Council’s offices at Merchant’s Quay.