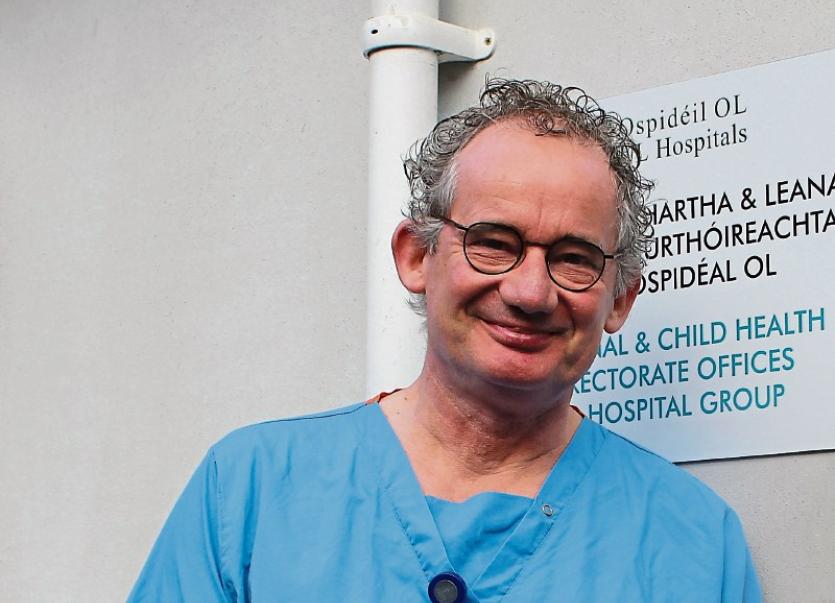 PATIENTS in the Mid-West have just about a better chance of getting a hospital bed than patients in Mexico, which has the poorest level of bed access in the OECD.

That is according to the UL Hospitals Group’s interim chief clinical director, Dr Gerry Burke, who compared the group’s hospital bed access levels to OECD figures.

Citing recent reports by the Department of Health and the Economic and Social Research Institute (ESRI), Dr Burke said on Twitter this Wednesday morning that people served by the UL Hospitals Group “have access to just 1.93 acute hospital beds per 1,000, just slightly more than Mexico.

“Mexico's rate is the lowest in the OECD. The ED overcrowding is a resource issue.”

Mexico's rate is the lowest in the OECD.

This comes after University Hospital Limerick reaching the national record for the most overcrowded hospital in the country for a third time on Monday, with 81 patients being treated on trolleys in the emergency department and wards.

There were 80 patients on trolleys on Tuesday, and dipped to 66 patients the following day.

According to the ESRI report, Mexican patients have access to just over 1.5 acute hospital beds per 1,000. In sixth-last of 36 nations, Ireland has just under 2.5 per 1,000, meaning UHL is well below the national and OECD average.

The Limerick City Labour TD described the overcrowding levels as “intolerable”, adding that “people are dreading the winter”.

Deputy O’Sullivan said that there is “an inequality of resources” in the Mid-West region, and said that it did the worst in terms of additional staff in the whole country. She called for the “embargo” on staff recruitment to be lifted, and that the Government should invest in a second MRI scanner.

Today's trolley watch figures from @INMO_IRL show that #UHL have 80 people on trollies waiting on beds with 1 person In #Ennis and 1 person in #Nenagh.

Therefore the true number of people on trollies across the region as of today is 82, 1 more than yesterday. pic.twitter.com/v7ELfYoM29

“What’s happening in Limerick is actually adding to the torture and the problems that these patients are suffering,” he said, and also called for a second MRI scanner to be installed at the Dooradoyle hospital.

In a statement on Monday, the UL Hospitals Group said that there are high patient volumes, and a “significant number of whom require isolation.

“It is acknowledged that UHL does not have adequate isolation facilities and this unfortunately impacts on patient flow. We regret that admitted patients have experienced long wait times in ED for a bed to become available. This is not the level of service we or the staff working in UL Hospitals Group wish to provide however we want to reassure our the public that every patient in ED continues to receive expert medical care and every effort is made to make their stay as comfortable as possible.”