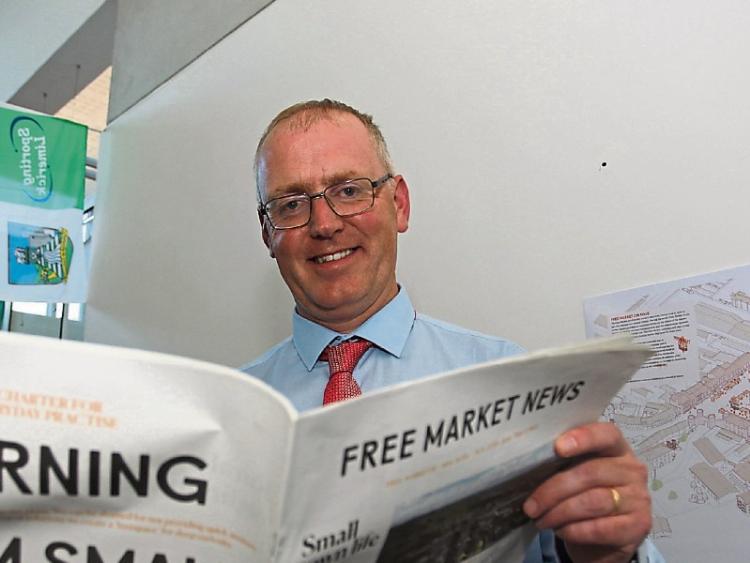 Council director of finance Sean Coughlan: there was a need to lodge an objection on the principle of the matter

LIMERICK City and County Council will have to refund €3.5m in rates  to the county’s 10 wind farms if it loses at a hearing of the  Valuation Tribunal due to take place within the next fortnight.

If the council loses, it will also face a shortfall of approximately €1m a year every year from 2020.

“We are the first local authority to bring an objection to the Valuation Tribunal,” director of finance with the council, Seán Coughlan said this week. “We couldn’t take the hit,” he said.

But the council also felt there was a need to lodge their objection on the principle of the matter.

In 2014, the Valuation Office carried out a review of rate valuations throughout Limerick. which included the wind farms. “These were meant to be revenue neutral,” Mr Coughlan said.

Under the appeals process, eight of the ten  wind farms appealed to the Commissioner of Valuation in 2015 and valuations were reduced by between 10 and 15%.

This represented a loss of €299,000 every year. “We have taken that hit over the last number of years,” Mr Coughlan said.

But all ten wind farms subsequently appealed that decision to the Valuation Tribunal and the Tribunal has ruled on one of the larger windfarms, reducing their rates bill by €150,000.

If the same principles were to apply across the remaining nine wind farms, it could potentially reduce  the council’s rates take from wind farms by a further €706,000. It is the principles in this one case which the council has decided to stand and fight.

“It is not the small wind farms,” Mr Coughlan said. “This is SSE Airtricity , a big multinational and they are engaging expert valuers and a big legal team to fight it.”

As things stand, the council collects approximately €3.759m from wind farms but this could drop to €2.7m or less if the council fails to overturn the ruling of the Valuation Tribunal. The council would also have to refund arrears back to 2015, leading to the potential bill of €3.5m

“If we lose, we would have to put this back on the rural pubs, on small shops and businesses.  That is why we have to fight it. I make no bones about it,” Mr Coughlan said.

Mr Coughlan raised the matter at Monday’s meeting of Limerick City and County Council, warning councillors that it could prove to be a challenge for the out turn of the 2019 budget but could also affect the 2020 budget and future budgets.