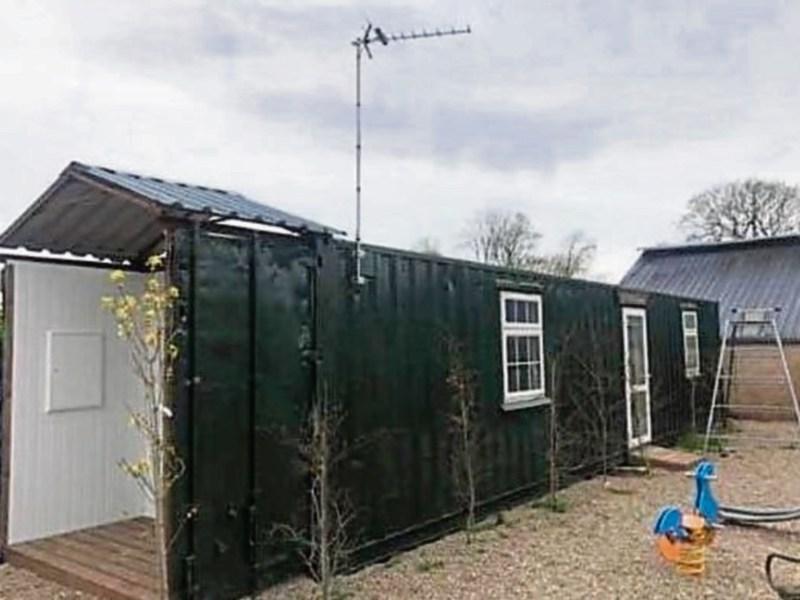 LIMERICK City and County Council has directed a Limerick man to remove a converted shipping container in which he is currently living.

Wesley Ryan of Boskill, Caherconlish, failed to seek planning permission for the 40 foot by eight foot container which is located in the equestrian centre he owns with his mother.

Upon visiting the property, the local authority commenced enforcement proceedings directing the removal of the shipping container, according to a council spokesperson.

The property came to the attention of the council and the public when it was advertised to rent on property website Daft.ie for €125 per week.

Mr Ryan told the Limerick Leader that he originally planned to rent the container out for a month, but had decided to remove the advertisement due to what he describes as “cyberbullying”.

“I’m going on holiday for a month so I said I’d rent it out,” he explained, “and because of all the commotion over it I took it (the advertisement) down,” he said.

“I put a lot of effort into that and people with their smart comments were putting me down,” added Mr Ryan, who claimed he was not made aware of the council’s enforcement order nor was he aware of their visit to the premises.

Described as a “one-bedroom apartment”, the converted container features a small kitchen, living area and a double bedroom, complete with a bathroom and decking area to the front of the property, according to the online advertisement.

“I’m sure the council will be out now to close it down, but I can’t afford to buy my own house or go renting somewhere so that was my way around it, instead of getting a mobile home I got a container,” said Mr Ryan.

“So where am I going to live now? I’ll have to move back into my mother’s.”

Mr Ryan stated he was unaware he needed planning permission for the container, and was only made aware of it after listening to a discussion on Live95’s Limerick Today show about his online advertisement earlier this week.

“I thought if it was a moveable structure you don’t have to have it, but obviously I heard on the radio that you have to have planning permission.”

This Tuesday afternoon, the council told the Limerick Leader: “Limerick City and County Council can confirm that it has not granted planning permission for a housing unit (or any kind) at that location.

“The council will be serving an enforcement order on the owner if the housing unit remains in situ when the officials visit (in the coming day or two).”

Read also: Limerick siblings on opposite sides of the world pass away just hours apart