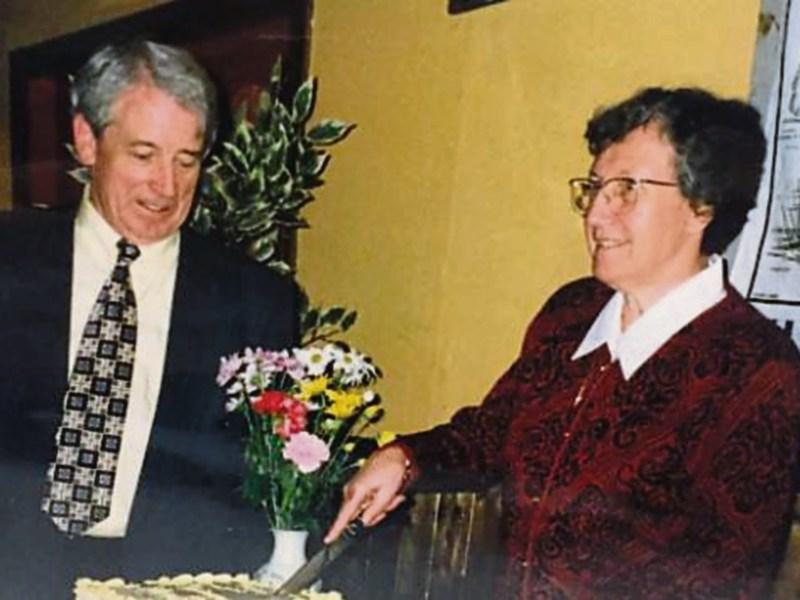 A COUNTY Limerick community has been left “stunned” by the news of the passing of two elderly siblings, who died within  hours of each other and over 10,000 miles apart.

Both originally from Knocklong, Fr John Fitzpatrick passed away aged 84 on Wednesday, September 18, while his older sibling Sr Anne died just a couple of hours later in Sydney, where she had spent her entire adult life teaching.

Sister in law Eileen Fitzpatrick said: “Anne was in hospital, which we only knew for a short time as we couldn't get through to her.

“It’s just a rare coincidence,” she added, “I don’t know if they knew the other person was ill.”

Born in Lackelly near Knocklong to Mary (née Crosse) and William Fitzpatrick, John went to Knockarron National School with Anne having attended the Presentation Sisters’ school in Emly, Tipperary.

Sr Anne, who left Knocklong in her early twenties to join the Brigidine Order in Australia, would have made a few visits back home to Limerick over the years.

“She loved what she did, she absolutely did,” said Eileen, “she was a trojan worker.”

“When she retired, which she never really did, she would be put doing parish work - she was a wonderful worker.”

Anne passed away peacefully at St Joseph's Aged Care Facility in Kensington, Sydney after 62 years in her religious profession and is due to be buried in Randwick, Sydney, this coming weekend.

Meanwhile, described as “an absolute gentleman, a lovely man and well-admired in the community”, Fr John spent almost 30 years as a missionary in Brazil, and was pastor of many communities during his time there before working in the United States for a decade.

He was appointed to Kimmage in 2013 with the Spiritan community, where he was originally ordained in 1963 and passed away in Tallaght Hospital.

“Fr John would be well known to us here, he was very willing to help out when he was home on holidays.”

Fr John’s Funeral Mass was held on Saturday, September 21 in Rockwell College chapel, where prayers were also said for his sister Anne, before burial in the Spiritan community cemetery.

In a eulogy, nephew Dermot Carroll noted that Fr John had presided over baptisms, weddings and funerals for his family which always trusted him “to say the right thing, to perform the ceremony in just the right way.”

He added that his uncle “had an amazing capacity to keep track of the lives and activities of all his nephews and nieces.”

“He was such great company, a great mentor and source of strength.”

In the funeral homily, Fr Paddy Ryan noted that Fr John had “retained a great sense of – and an immense love for – family, roots and place”.

He also noted that his “homilies were peppered with Irish wit” and that he “could sit and listen to all shades of opinion before seeking solutions to people’s problems”.

It was also remarked that Fr John, who was a good hurler in his youth, retained his interest in sport and “was overjoyed when Limerick won the 2018 All-Ireland Final.”

The last time the siblings saw each other was 15 years ago, with Eileen adding: “They had great stories to tell each other. This was their home, they always knew it was here.”