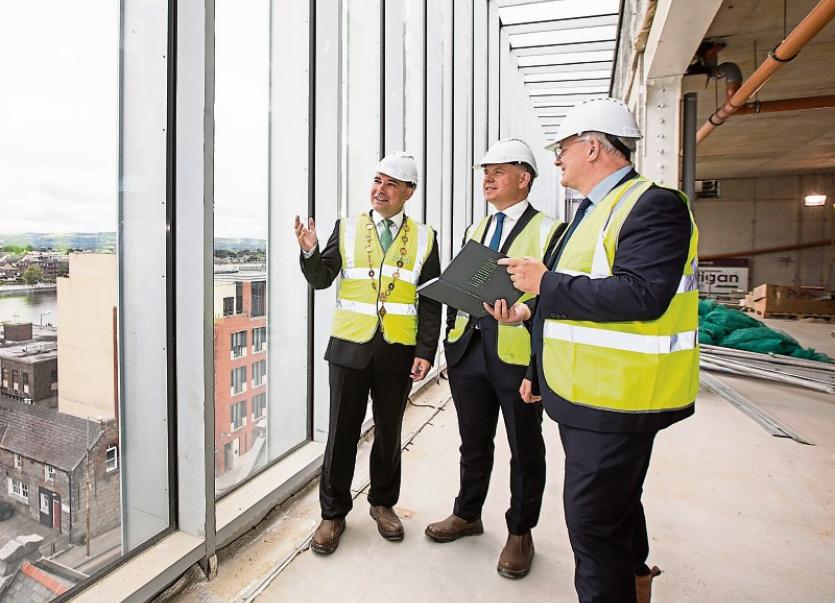 LETTING agents are continuing to look for tenants to take on the last 10% of the multi-million euro Gardens International complex.

Limerick Twenty Thirty confirmed, in a written response to councillor Elisa O’Donovan that aircraft leasing company Nordic Aviation Capital has taken over 90% of the building, which opened officially on March 19 last.

Limerick Twenty Thirty chief executive David Conway said the project has been built to LEED gold standards, which is among the top international benchmarks for sustainability in office buildings.

“Nordic Aviation Capital now occupy over 90% of the building and are completing category B fit out and will take up occupancy shortly,” he said.

Mr Conway confirmed Limerick Twenty Thirty is in negotiations with another potential user for the corner unit, number 19.

The offices of the Twenty Thirty development company are also moving to Gardens International, Mr Conway added, due to the fact its current premises, the former AIB in Patrick Street is to be demolished as part of the €180m Project Opera development.