Padre Pio relics to be displayed in Limerick hotel 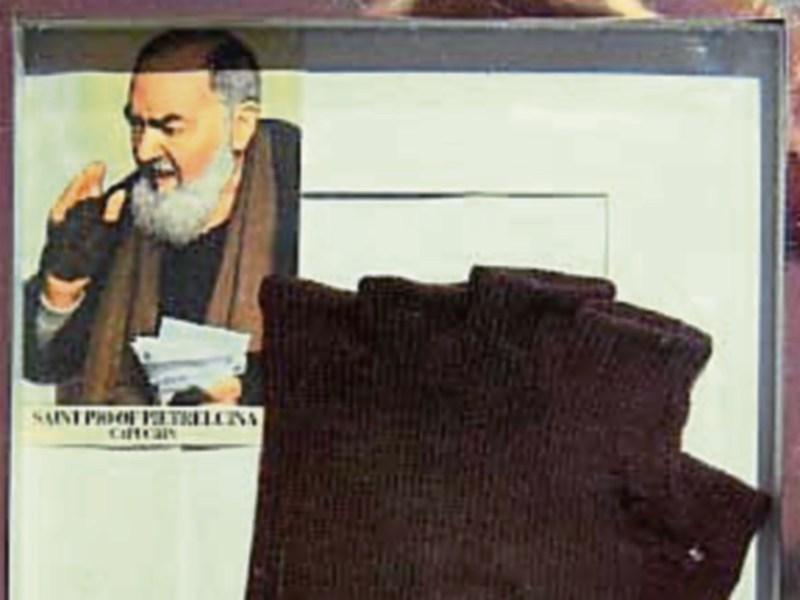 A picture of Padre Pio, and one of the fingerless mitts he wore

To celebrate the feast day of Padre Pio on September 23, relics belonging to the Saint will be displayed in the South Court Hotel in Raheen this Monday from 7pm.

The Italian Saint and stigmatist passed away on September 23, 1968, and after being made a saint by Pope John Paul II in 2002, the day of his death was designated as a feast day.

The stigmata, corresponding to Christ’s crucifixion wounds, first appeared on Padre Pio in September 1918 and lasted until the end of his life.

They didn’t deteriorate, nor did they heal, and the blood from them was said to smell of perfume, which is often referred to as the “odour of sanctity”.

Speaking to the Leader, organiser Fergal Golden said that there are number of relics touched, worn, and blessed by Padre Pio on display.

According to Mr Golden, there are three distinctions of relics. First-class relics are parts of the Saint’s body, so a mitten that was worn on his left hand, and a heart bandage when he bled from a side wound are on display.

Mr Golden said that Padre Pio helped him in 2001 when he was very ill, he returned to his faith when he was blessed with his glove, and felt a “great warmth” run through him.

The glove will be among the relics on show next Monday night.

Mr Golden stated that the exhibition is being held amid the backdrop of the recent mental health problems in the city, which he says are “out of control.”

“We’re putting on this service next Monday night to tell the young people of our city that help and hope is out there.

“This event is to honour Padre Pio, and pray for those suffering from illness.”