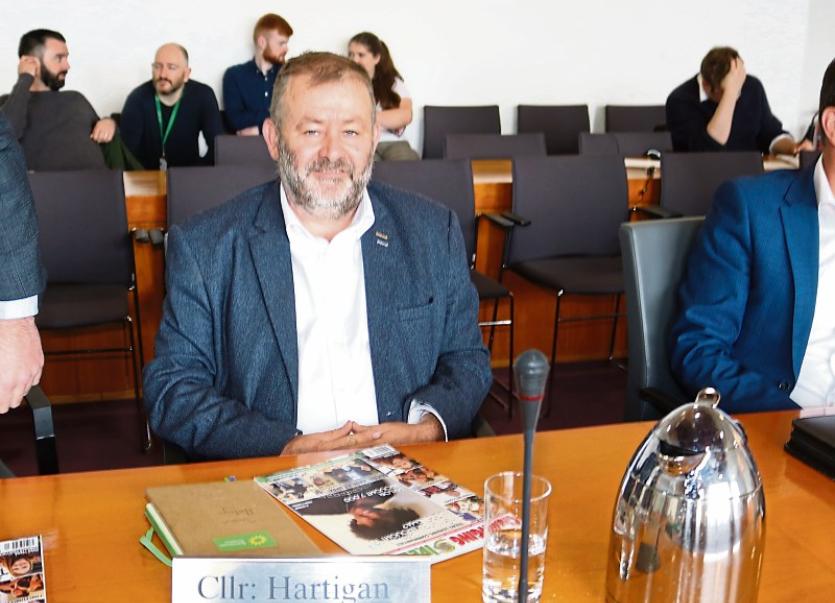 LIMERICK City and County Council remains in talks with the owners of the Horizon Mall site at the Dublin Road, which remains undeveloped.

He urged council bosses to “take all possible action” to remove the structure at the Dublin Road “to return the site to a non-derelict condition”.​

In September last year, the Limerick Leader revealed plans to build a mixed-use housing complex there. But since then, there has been little to no action on site.

At the height of the boom, there were plans for an ice-rink, multiplex cinema and a branch of Marks and Spencer on the land. Of course, none of these saw the light of day.

Cllr Hartigan said: “Twenty years ago, we were told there would be a huge shopping centre there and Limerick will become a retail destination. It was stupid then, and it is stupid now. Nothing has happened. We need to say now that enough is enough. Are we going to continue to accept applications which do not go ahead, or will we take action?”

Sinn Fein councillor John Costelloe said: “We have discussed this since Brian Boru was a school boy. Where is the initiative on this? It’s an eyesore, it’s a disgrace on one of the major routes into our city.”