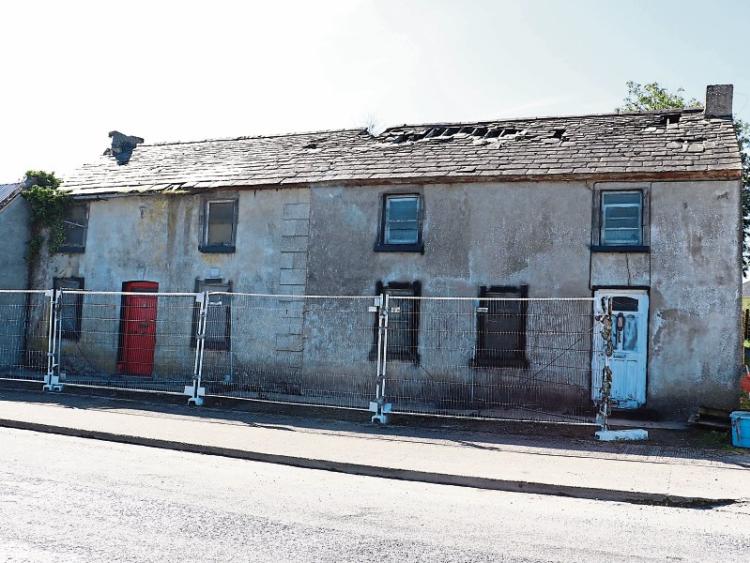 THE COUNCIL has won its case for the compulsory acquisition of two houses from a man who claims he still lives there.

An Bord Pleanala upheld the council’s order under the Derelict Sites Act. The two-storey semi-detached houses on 0.172 acres are located in the heart of Cappamore on Moore Street.

An objection to the acquisition was made by the stated owner. He said he “currently lives in the property, it is his only property and he intends to repair the houses”.

In making its case to An Bord Pleanala, the local authority said it is their understanding that the objector’s family rented the property for a number of years, however, “he is not the owner and the property has been vacant for approximately 30 years”.

“Between the period of 2017-2019 the property has been inspected on approximately six occasions and there was no evidence of anyone residing in the property and no improvement works have been carried out,” stated the council.

Former councillor, Noel Glesson made multiple representations on behalf of the community due to the “unsightly conditions of the property and its proximity to the village”.

The objector said the property has not been vacant for 30 years. He said his father lived there for most of his life and the applicant currently resides there. Proof of address in the form of utility bills, bank and garda correspondence was provided.

The An Bord Pleanala inspector said she visited the site on June 21, 2019.

“It was not possible to gain entry to the structures. No structural report or internal survey of the houses has been submitted. However, in my opinion the houses appeared to be in poor condition.

“While there was no sign of cracks, sections of chimneys and roof slates are missing, and the roof of the ground floor rear return has collapsed.

“Notwithstanding the assertion of the objector that he lives in the property, the houses appeared vacant, and in my opinion were neglected and unsightly,” said the inspector.

In her view, the site detracts to a material degree from the amenity, character and appearance of land in the vicinity of the site and is therefore derelict under Section 3 of the Act.

The inspector said she was satisfied that the local authority took reasonable steps to make the owner / objector aware of its concerns in relation to the condition of the site, including the intention to include the site in the Derelict Sites Register and to compulsorily purchase the site.

The board agreed with the inspector: “It is considered that the compulsory acquisition of the site by the local authority is warranted to render the site non-derelict and to prevent it from continuing to be a derelict site.”

Read also: Dad did his best to save baby Dion in fatal County Limerick crash