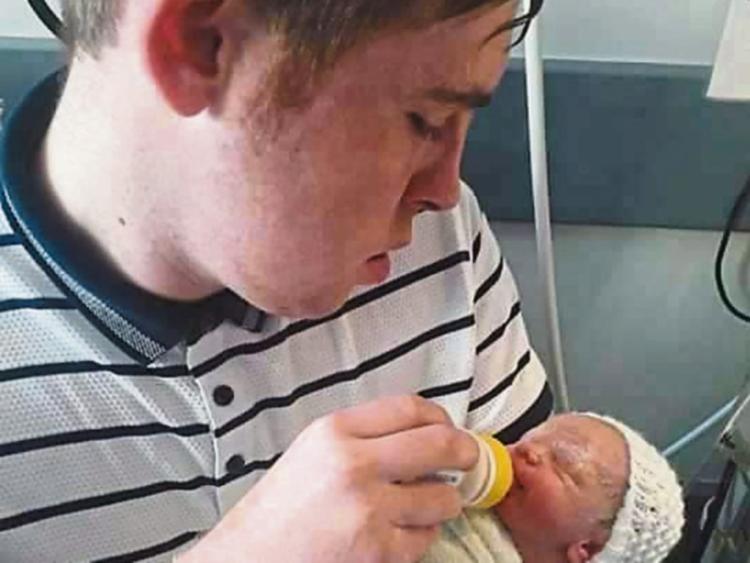 THE father of a baby who died after a car crash “did his best to try to help his partner and save their baby” it has emerged.

Four-month-old Dion tragically died and his mum Danielle Ryan was seriously injured in a two-car collision on the Cappamore to Doon road. Danielle remains in an induced coma in Cork University Hospital.

Dion’s dad, Ger McGurk, from Murroe, was also hurt in the horrific incident.

Ger’s mum and Dion’s grandmother, Noreen, said: “He is totally shocked. He is in bits. He is just trying to get through each day and hoping that his partner comes out from her coma and gets back to good health. We are all praying for Danielle.”

Ger was trapped underneath the car, she said.

“He did his best to try to help his partner and save their baby. He did what he could for poor Danielle and their baby until the ambulance arrived.

“Everybody is heartbroken. Danielle is a really lovely girl, he really loves her. They are together over four years,” said Noreen.

Ger, aged 24, suffered broken ribs, a lacerated liver and a multitude of cuts. After being taken to University Hospital Limerick by ambulance he spent a number of days in the high dependency unit. It was there where he said his tragic goodbye to Dion.

“It was 8.15pm that Friday night in the Regional. We were there when the consultant broke the news. His baby son died in my daughter’s arms surrounded by Ger and his family,” said an emotional Noreen.

Dion was the “apple of Ger’s eye”, she said.

“He was so proud when Dion came into the world,” said Noreen, as the touching photo shows.

“Dion was three weeks premature. He was a grand little fella, he was coming on in leaps and bounds,” said the baby’s grandmother.

Ger is currently at home with his mother recovering from his injuries. In a coincidence, Noreen’s late father Joe Daly was one of Danielle’s legendary grandfather Pat Ryan’s best friends growing up in the Square in Caherconlish. Pat was known as The Haley Boy.

Funeral arrangements have yet to be announced for baby Dion. It is understood that it is hoped that Danielle wakes up before laying the infant to rest. More and more flowers and teddies have been left at the site of the crash in recent days.

Gardai reiterated an appeal to members of the public who witnessed or may have dashcam footage of the crash, which occurred at the Cross of the Bog, Knocknacarra, Cappamore around 2pm on Friday, September 6, to come forward. Bruff Garda Station can be contacted at 061 382940.