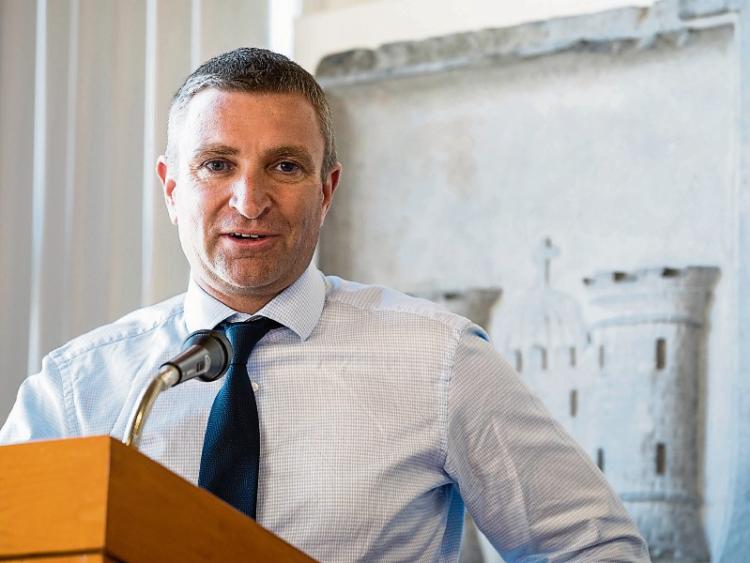 Deputy Niall Collins: the US system whereby you cannot register a car without a valid licence and insurance should pertain here also

YOU have to be 17 to drive a car but there is no minimum age to own a car, the Limerick Leader has learned.

This follows last week’s story which revealed that brazen criminals are giving the “two fingers” to gardai by registering their cars in the names of members of the force, and also putting vehicles in the names of children to avoid detection.

A garda said: “You can register the car to anybody you like because there is no cross reference between the log book and the new owner. There is nothing to say that you are who you say you are.

“The seller of the car is supposed to send off the name of the new owner to change ownership. They can use any name as long as they give an address that the new certificate can be sent to. They don’t tax or insure the car.”

The garda continued: “If the driver can get away from the car following a crash or chase it is very difficult to prosecute them.”

Deputy Niall Collins asked the Minister for Finance Paschal Donohoe “if his attention has been drawn to the fact that vehicles can have ownership registered to persons under 17 years of age and minors and also to fake names with bogus addresses, and that in many instances these vehicles are being used in criminal and illegal activity.”

Deputy Collins asked what his plans are to address the issue and if he will make a statement on the matter.

Minister Donohe’s reply reads: “I am informed by Revenue that the current legislation governing the registration of vehicles, provided for in Finance Act 1992, Part II, Chapter IV.  Section 131(2), does not specify a minimum age for owners.”

Deputy Collins said it “beggars belief that this is allowed to happen”.

Minister Donohe said the question of persons using fake names and bogus addresses to acquire a vehicle for illegal activities is a law and order issue.

Deputy Collins said he got a very big reaction from last week’s story from members of the public and from gardai.

“A lot of people got in contact with me in relation to it who have had similar experiences. Gardai are very frustrated with the loophole as it makes their already difficult job even more difficult,” said Deputy Collins.

One person who contacted him wrote: “The entire system of vehicle registration in this country is a bad joke and it's one that is played all too often on the genuine, law abiding, hard working, tax paying Irish motorist.”

They continued: “It is all too easy in this country to sell a stolen car on the classifieds. I know of people who spent tens of thousands on a car from the classifieds only to lose both car and money when the gardaí arrived at their door and seized it as stolen goods. It is too easy for people to be ripped off.”

An Irishman working in America got in touch with Deputy Collins to say that in the US you cannot register a car without insurance and a valid driver’s licence.

Deputy Collins said the same process should be in place in Ireland.