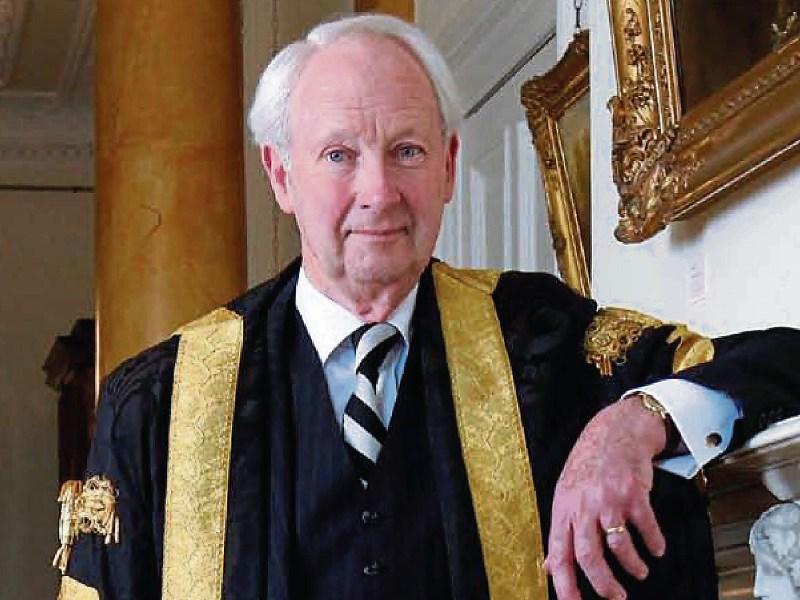 Dr Ed Walsh: SDZ would help Limerick compete with Dublin for inward investment and be the envy of the other regional cities. It would bypass Galway and Cork

The former president of the University of Limerick, Dr Ed Walsh, has said that the current chaos around Brexit could strengthen EU support for a multi-billion-euro university town on the Clare side of the UL campus.

Clare County Council has already approved the proposal for a massive strategic development zone (SDZ) on the north side of the existing UL campus, stretching over 300 hectares. However, the plans – strongly supported by UL president Dr Des Fitzgerald – are being resisted by Limerick City and County Council.

The proposal is contingent on the building of the Northern Distributor Road around Limerick city, a project which has the support of both local authorities, as well as UL.

Speaking to the Limerick Leader, Dr Walsh said: “By international standards, UL is still a fragile institution. So if I was running UL now, my prime objective would be to get that northern ring road in place.

“The SDZ planned for the northside of the Shannon is very much Des Fitzgerald’s initiative — I’m an enthusiastic supporter of it.”

UL’s founding president said that the SDZ could be “the dynamo for Limerick”, adding: “I think it could move Limerick, its university and the region onto a new trajectory. We could compete with Dublin for inward investment and be the envy of the other regional cities. It would bypass Galway and Cork.

Dr Walsh, who was at the helm from 1970 until his retirement in 1998, said that, in the context of Brexit, the SDZ project has the potential to offer the EU “an opportunity to highlight the merits of EU membership”.

He said an EU-supported project in Ireland, of global scale, would be “a fitting response to Brexit”, and added: “There is a mood [in Brussels] that would not mind, at all, something that could be catapulted into ‘the other island’.

“Given the current Brexit chemistry, the tide is now at the flood. So a prompt, united regional move on this could help ensure buy-in from both Brussels and Dublin.

“One of our graduates heads up, in Brussels, a company called Schuman Associates – Gerard McNamara. If you want to make hay in Brussels, they take you by the hand and line up packages. He has taken a huge interest in this.

“The package is lined up so that there will be no state capital expenditure — but it’s being resisted by the council in Limerick.”

Dr Walsh revealed that the landscape architect Philip Shipman, who was heavily involved in conceiving the existing UL campus, has drawn up a plan for the proposed SDZ.

“Des’s idea,” he said, “is to take the concept of medical education a step further — into science, engineering and business.

“You can’t produce a doctor unless the doctor has spent an amount of time practising medicine. But we are quite happy to produce engineers and scientists who have scant experience.

“So the concept is that you would invite knowledge-driven enterprise into the zone, with a commitment that part of the building would be specifically built for their business and the other part would be accommodate student interns.

“A considerable portion of their education would be conducted in these buildings.”He was, he said, “hugely frustrated” by Limerick opposition to the SDZ.

Fine Gael councillor Daniel Butler has said the proposal “has the potential to completely decimate our city centre and it is counterproductive to all of the hard work that has been ongoing in Limerick over the last 10 to 15 years.

“What you are doing by building out that way is creating further sprawl outside the city centre,” said Cllr Butler.

But Dr Walsh argued that a united regional approach would benefit all of the Mid-West.

“I recall when I came into Limerick [in January 1970] that Clare anticipated the campus would be on their side of the river. Clare leadership was disappointed when I opted for the Limerick side, but they recognised that the project needed a united regional front.“Support from Clare permitted me to go to Dublin with a unanimous regional position, resulting in the minister’s decision to purchase the Plassey campus - just six weeks after I arrived in Limerick.

“The shoe was on the other foot more recently and the city failed to offer similar generous support to the Clare project.” In May, the current UL president announced the purchase of the former Dunnes Stores building at Sarsfield Street. It will be UL’s first presence in the city centre and Dr Fitzgerald has said that it “will bring UL directly in to Limerick city and contribute in a major way to the city’s rejuvenation”.

Dr Walsh agreed that Limerick’s resistance to the Clare project is in part explained by the council’s preference to advance the UL development in the city.

“They feel it [the SDZ] would distract, yes. But if this thing happened, the whole city would benefit. And by God it’s already a thousand times better than it was when I came in 1970. We can be proud of it.

“I don’t want to say things that would imply I’m not supportive of [the city-centre campus]. But the SDZ offers huge potential for Limerick city to outflank Cork and Galway.

“So I would certainly prioritise that if I were involved — confident that it would really put a rocket under Limerick. Transform it, you know?”2019 is the 30th anniversary of UL being granted university status and Dr Walsh’s comments were made in a major interview with the Limerick Leader which will be published in a special supplement next month.