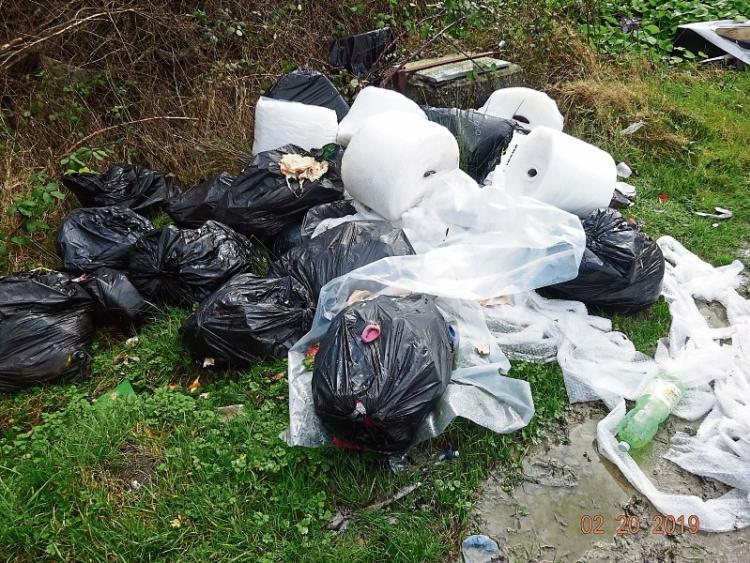 A RATHKEALE man who dumped 18 bags of rubbish in the Demesne in Newcastle West has been fined €2,500 plus costs.

Daniel Flynn Snr, Small House, Fair Hill, Rathkeale, did not appear in court to answer the charge of illegal dumping brought by Limerick City and County Council under the Waste Management Act.

But Judge Mary Cashen, who described the dumping as “appalling” also ordered him to pay the clean-up costs of €578.50 and the council’s  legal costs of €300.

Council environmental inspector Paul Clancy said in his evidence that last February 2, he came across 18 bags of rubbish illegally dumped at the Demesne in Newcastle West.

“This is a park area where children play. It is normally kept in very good condition,” Mr Clancy said.

When he examined the bags, he found mainly household waste and plastics but also recovered evidence identifying the accused in three of the bags.

Mr Clancy handed in the documentary evidence he found for Daniel Flynn Snr and said he wrote to Mr Flynn by registered post on February 21 looking for an explanation but received no response.

He wrote to Mr Flynn again on March 22 but got “no reply whatsoever”.

The council had to pay for the waste to be removed, Mr Clancy told the court.

Having ascertained that there was nothing hazardous in the waste, Judge Cashen said: “This is an appalling act in an area where children play and where there is wildlife.”