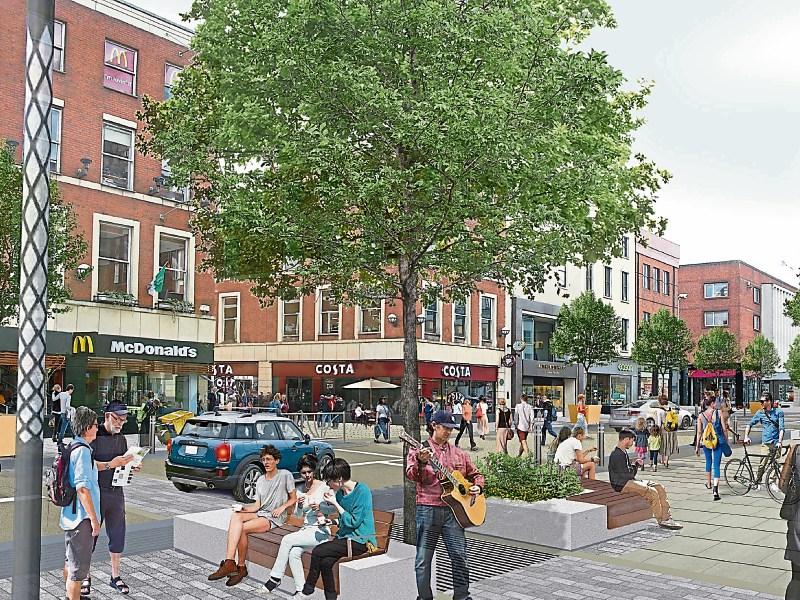 Limerick Chamber has called for councillors to approve the €9m O’Connell Street revitalisation plans this Monday.

It remains to be seen how councillors will act however, with the latest proposals once again causing deep divisions locally.

Many are furious that vehicles are still being prioritised in the design and also that the time for public submissions to be considered appears to be very short.

As well as the introduction of a bus lane and the reduction in the width of traffic lanes, the current plan envisages increased seating and a tree-planting programme among other changes.

Ms Ryan, who spoke out after consulting with businesses across the city, said: “Private investors are investing heavily in the city and announcements of projects like the upcoming retail development at Arthur’s Quay and the welcome news of a city centre campus for the University of Limerick all make this long awaited improvement of O’Connell Street even more pressing.”

However, the Chamber boss did note that the public realm elements of the design, which are not yet fully specified, need to be “as ambitious as the business community” in the region.

The Chamber has also called for expert advice to be brought in – and wants to see a sensory plan which will “consider all aspects of how the landscaping, artwork and lighting will impact on the visitor experience”.

James Ryan, who runs the Centra shop in the heart of O’Connell Street, chairs the Chamber’s committee for retail and hospitality.

He said: “Limerick businesses have fought hard to come through the recession and had to re-examine our value offering to ensure that we were delivering the best possible experience for customers.  We call on the council to apply those same high standards to the finishes and the crucial public realm aspects of the detailed O’Connell Street design.”

Ms Ryan added: “Our vision in the Chamber is for a multi-generational, thriving shared space that is safe and accessible for all. We believe that Limerick has an opportunity to be leaders in thoughtful urban design by putting visitor experience at the centre of plans.”

Finally, the Limerick Chamber states in its submission that it considers the delivery of the remainder of the O’Connell Street redevelopment as a matter of urgency and clarification is sought in regards the Council’s plans.

“Businesses along the remainder of O’Connell Street are at a disadvantage compared to their counterparts along Phase 1. The International Rugby Experience will have a newly defined streetscape to one side, with the old layout at the other side.

"Completion of the street as envisaged in earlier plans will alleviate these concerns. Indeed, we call on the council to prioritise the completion of the scheme up to the O’Connell street monument and to ensure Limerick is “Ryder Cup ready” by 2026,” Ms Ryan concluded.

The redevelopment is being supported through €4.5m locally, which is matched from Europe.