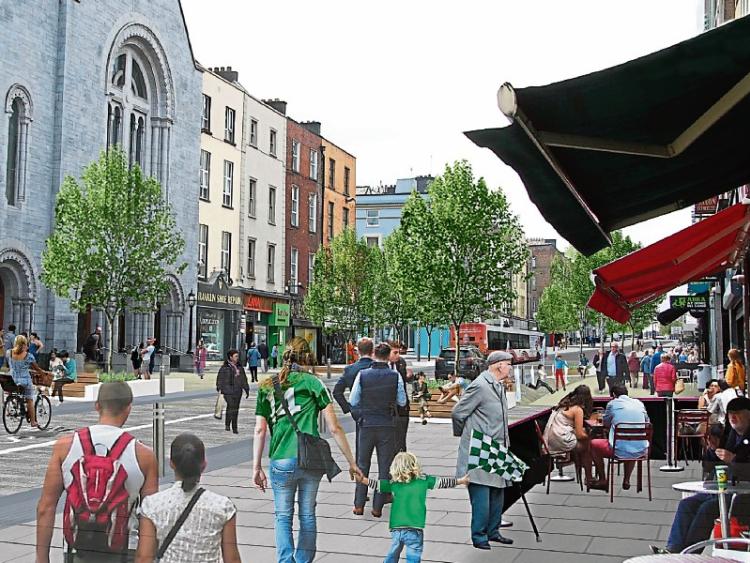 An artist's impression of the proposed new O'Connell Street

A meeting was held this week for artists and designers as news of a new €500,000 commission for a piece of street art was unveiled.

The meeting, held at the Council offices on Merchant’s Quay on Tuesday, discussed Limerick council’s plans to revitalise O’Connell street – and how a new commissioned piece of art would complement it.

Citing European cities like Bilbao and Nantes who have had its city centres transformed and complimented by new street art, Maria Donogue, architect with Limerick City and County Council, envisioned her plans for the successful piece of art.

”This is a public art intervention, and the successful art piece needs to be high-quality, cutting-edge, and representative of the new Ireland.”

O’Connell Monument on The Crescent was cited as an example of the kind of installation the winning entry should invoke.

The winning candidate would be given a commission of €500,000 for their piece, which is earmarked to be located on the corner of O’Connell and Thomas Street.

The new artwork would take into account the significant Georgian legacy that O’Connell Street retains, as well as its later Victorian and Edwardian interventions - styles which extended outwards as the city grew and prospered.

The closing date for Stage 1 submissions is  September 30 at 12pm, with five submissions being shortlisted at the end of the month to proceed to the next round.

Selection of the Commission will be announced in December, with anticipated completion date of artwork set at the end of 2020. For more information about the Public Art competition, visit the etenders website, RFT number 155363.