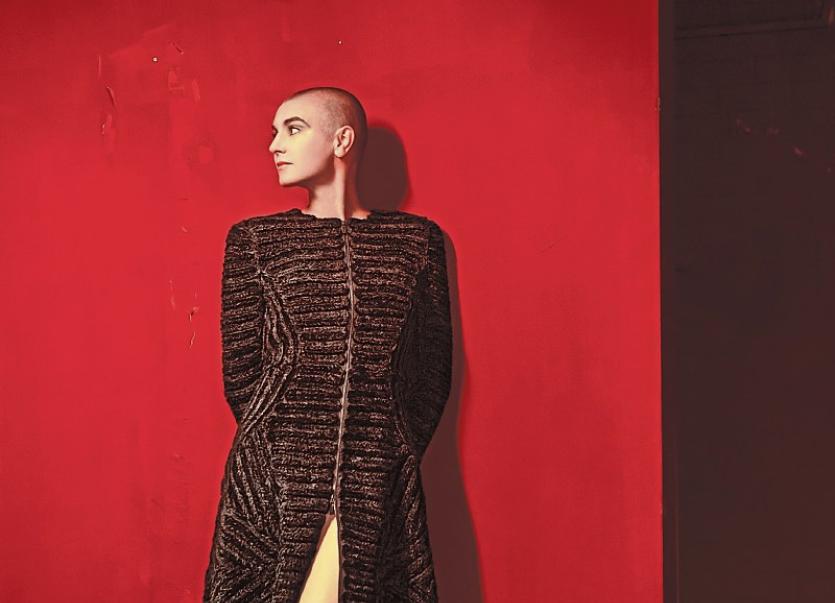 Sinead O’Connor stoked the anticipation of her headline performance at FÉILE ’19 next weekend with a swho-stealing performance on Friday’s Late Late show – and right there with her were Limerick’s own Irish Chamber Orchestra (ICO).

Sinead performed two songs from her repertoire on the first Late Late Show of the season last Friday, including a mesmerising rendition of Shane MacGowan’s Rainy Night in Soho with the Irish Chamber Orchestra.

This was her first TV appearance for five years, ahead of her only Irish festival appearance this year at FÉILE ’19.

Thanks to RTE for all their support https://t.co/OE2EgYzvps

The FÉILE ’19 headliner will be treating festival goers to a very special once-off performance celebrating the music of Shane MacGowan. Sinead will perform the Songbook of Shane MacGowan alongside the Irish Chamber Orchestra and is set to be a highlight of this year’s festival and not to be missed.

Nearly thirty years ago, FÉILE became Ireland’s first ever multi-day music festival and it was like nothing the country had ever seen before. Punk, rock and rave fans came together to celebrate their love of music, resulting in the explosion of the Irish live music scene. After a long hiatus, the festival made a much-anticipated return in 2018 as Féile Classical. This year, the festival returns to its roots as FÉILE 19. The weekend-long festival built on the classic bands and unforgettable music of the 90s is sure to wow with its hugely impressive line-up and host of fringe events across the festival weekend.

Curated by Tom Dunne, FÉILE ‘19 will see one of the strongest Irish music line-ups take to the stage at Semple Stadium later this month. Iconic Irish acts including the world-class Celtic rock band Horslips, the biggest live draw of the 90’s The Stunning, along with ‘A Woman’s Heart’ composer Eleanor McEvoy who will perform alongside everybody’s 90s pop pin-up Wendy James. Picturehouse will perform its all-time classic Sunburst and the Frank & Walters will be taking to the stage with ‘After All’ and all of their other massive indie anthems.

Sultans of Ping will appear at Semple Stadium for the first time since their riotous headline slot at FÉILE ‘93, with the alternative rock band Therapy also making a return.

Back together for their first show in seven years, Fat Lady Sings is back with a bang and will be joined by Arclight and many more. In a very special one-off performance, Thin Lizzy’s Brian Downy and Eric Bell are reunited with Brian’s band Alive and Dangerous, for a run through of all the big heavy hits. FÉILE curator Tom Dunne, will also take to the stage with Something Happens, and Mundy will top things off by performing all of his classic numbers. Jerry Fish will also perform very special renditions of his greatest hits.