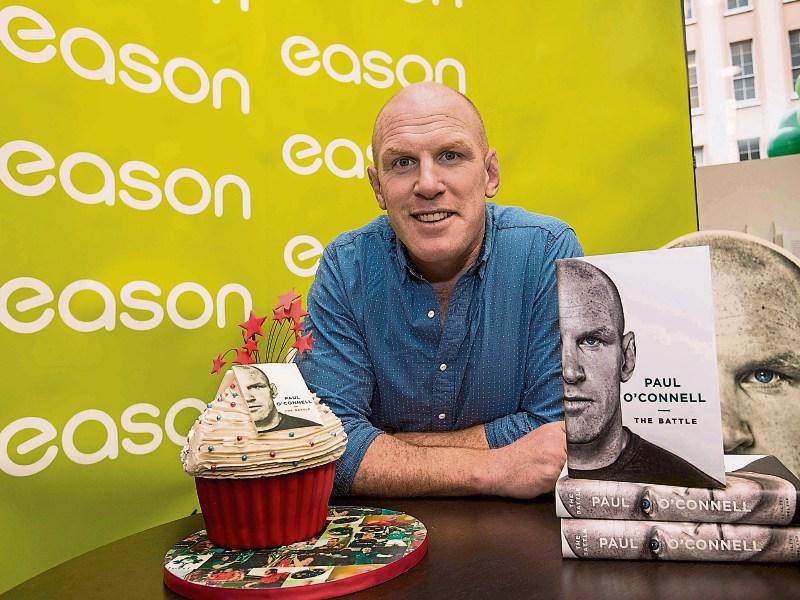 Paul O'Connell is calling on Limerick people to hold a World Cup brunch on the mornings of Ireland's matches in Japan to raise funds for the Irish Hospice Foundation. Giant cupcakes optional

WHILE unfortunately he won’t be donning the green of Ireland in the Rugby World Cup, we will still be seeing plenty of Paul O’Connell when the big event kicks off later this month.

The popular Limerickman and former Lions captain will be working for ITV during the event,

But he hopes that those watching from home will support the great work of the Irish Hospice Foundation by running a brunch event on the morning of the pool matches.

He has joined up with the Irish Hospice Foundation (IHF) and is calling on everyone in Ireland to join in, sign up to host a Rugby Brunch with friends and family at home, work or in their local pub or club.

Ireland’s first game is against Scotland on Sunday, September 22 with kick off at 8.45am Irish time.

The Big Rugby Brunch campaign was created by the Irish Hospice Foundation to help support its end-of-life and bereavement care programmes and services.

They are asking people to host a Big Rugby Brunch during the World Cup.

“The matches will be shown in the mornings, so why not organise a brunch for family, friends or colleagues either at home, at your local club or at work,” says Paul.

“While you’re supporting our lads in Japan, you can also be doing your part to support end-of-life care in Ireland.

Pick any game and invite your friends, family or colleagues around for a tasty brunch and ask them to make a donation to a great cause, “ he added.

Director of Fundraising at the IHF is Helen McVeigh: ‘Through Nurses for Night Care, we are able to support over 600 families every year all over Ireland.

“Our vital programme also support children, adults, families and staff in hospitals, nursing homes and residential care settings across the country. By hosting an IHF Big Rugby Brunch, you will make such a difference to people approaching the end of their lives and those grieving their loss.”

When you register to host an IHF Big Brunch, you will receive a special fundraising pack with invitations, poster, a collection box and information about the work of the IHF. It couldn’t be easier – chose your match and remember, brunch can be as simple or as elaborate as you like.

The Irish Hospice Foundation is the only national charity dedicated to dying, death and bereavement in Ireland. Eighty people die every day in Ireland and the IHF believes everyone has the right to be cared for and to die with dignity and respect in their care setting of choice. Its mission is to strive for the best end-of-life and bereavement care for all. The IHF campaigns to make excellence in hospice practices, bereavement and end-of-life care a national priority and to stimulate the conversation about dying and bereavement.

Read also: Limerick college invites you to 'Bake Away Your Anxiety'