Richard ‘honoured’ to offer Limerick a platform to shine 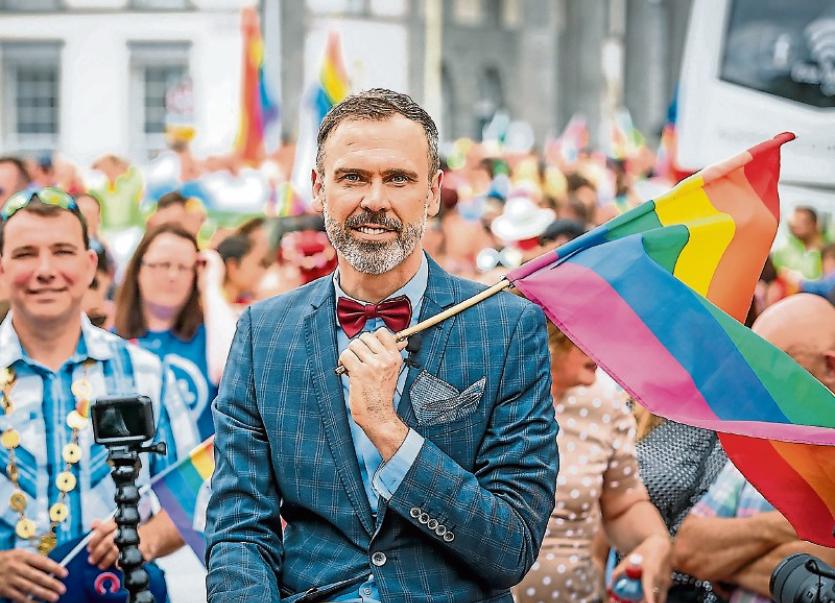 AN entire decade can bring about a lot of societal change, as well as a shift in attitudes - something Richard Lynch says he has definitely noticed over the years.

The I Love Limerick founder is celebrating 10 years in his role of columnist with the Limerick Leader’s free Wednesday paper The Leader.

“It’s unbelievable, time has gone by so quickly,” said Richard, “it’s been an amazing experience doing a column voluntarily for 10 years.

“I was talking about trans rights in my column nine years ago when nobody had it in print anywhere else in Limerick,” he added.

“I’m so honoured to be able to give people in Limerick a platform so that they can shine. It’s an achievement I’m very proud of.”

“The last decade will be looked back on by people in Limerick as one of huge growth, great change and national public acknowledgment for the amazing city we actually are.”

Richard regularly uses his platform to promote and shed a light on topics close to his heart, including community development.

“Everyone talks about the regeneration of Limerick, and the job surge and the investment but it hasn’t been about that for me,” he said, “for me, it’s about watching communities grow.

“Take St Munchin’s Community Centre in Kileely, the work they’ve put in over the past 10 years and how one community centre has had a ripple effect miles around and changed people’s lives.

“I’ve seen so many communities grow and thrive over the years and that’s what has real meaning for me,” he added.

“The most important thing in my column and my main story every week, if it can be, is to help someone.”

Richard said the reaction his column has received over the years has been overwhelmingly encouraging.

“You’re only as good as the people you work with, and the column has become a staple for a lot of people - I’m always approached on the street by old ladies who pinch my cheeks and tell me they love me!”

The column holds a special place in his heart, as his mother Florence, who passed away three years ago, was his biggest fan.

“The highlight of my mother’s week was seeing the column, and when she passed away we were cleaning out the house and she had kept every single newspaper clipping of me and had all my columns sorted in chronological order from the first one right up to the week she passed,” Richard said.

“I take what I do extremely seriously, it’s an honour. To move from the Chronicle to the Wednesday Leader and to have greater distribution is great, I love the new format and I’m very proud to be part of it,” he pointed out.

“I’m so happy to have so many friends in this with me, such as Pat McLoughney, Leanne O’Brien, Sinead O’Brien, Sharon Tucker, and of course Celia,” he added.

“If you told me 10 years ago that I was going to be a columnist, I would have told you ‘wow, you’re tripping’, I never thought it would have happened.

“I do feel proud. Ten years of that brand being on pages in people's homes - here’s to 10 more!”