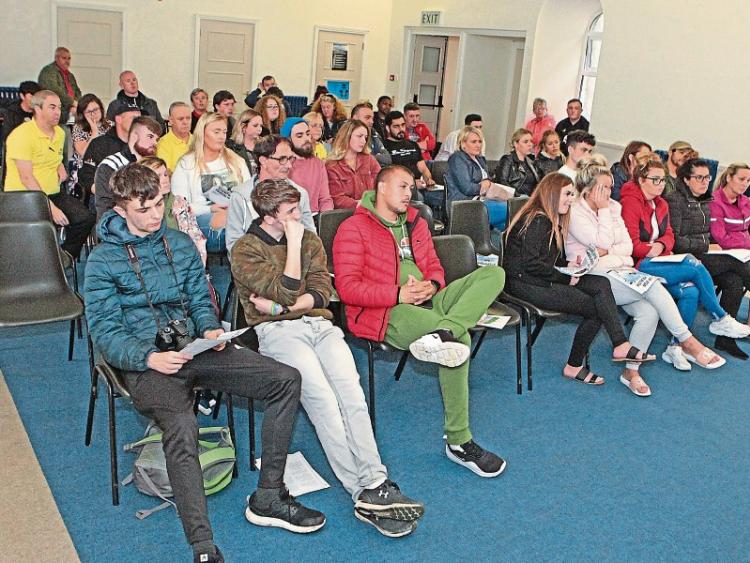 ‘There is no dignity for mental health patients’, the mother of the late Yasmin Lee Williams told the meeting

THE mother of a young woman who tragically died in an apparent suicide two weeks ago says she had to “knock down doors” to get the help her daughter needed.

Yasmin-Lee Williams, from St Patrick's Road, passed away following an incident which involved a river rescue operation in Limerick.

Speaking for the first time since the incident, Sandra, the grief-stricken mother of the 24-year-old criticised the health service, saying there are “missing links” between GPs, the psychotherapy team at University Hospital Limerick and other services.

She made the comments at a meeting set up to campaign for better mental health services in Limerick. More than 55 people were at Central Buildings One for the meeting which came following a number of river rescues in the city.

Heartbroken Sandra said there is “no empathy” in the health service for people suffering from mental health and drug addiction issues, claiming that she was asked to wait “two to three hours” to speak to a psychologist in the wake of a previous attempt taken by her daughter on her life.

Sandra claimed that because her daughter missed an appointment at St Anne’s Day Hospital, she was forced to go to the back of the waiting list.

It was, she said, only through the intervention of Fianna Fail TD Willie O’Dea that she was able to avail of the facility’s services immediately.

There was a rally held outside City Hall on Saturday last to call for better mental health provision in Limerick.

Here, a minute’s silence was held in memory of Yasmin-Lee Williams, pictured below, who was laid to rest last week.

Solidarity local election candidate Seónaidh Ní Shíomóin, who chaired the meeting, said it would be good to “do something in her name”.

The meeting also discussed other things to push for better mental health provision in the city.

This includes a sizeable attendance at the next metropolitan meeting, set for Monday, September 16, in which a motion from Sinn Fein councillor John Costelloe calling for more support will be discussed.

There were also calls to invite the Minister with responsibility for mental health provision Jim Daly down to Limerick to spend a night patrolling the River Shannon alongside members of Limerick Treaty Suicide Prevention.

Both Cllr Costelloe and the group were in attendance at Central Buildings One this Tuesday night.

“There was nothing Yasmin wouldn’t do to help others. But unfortunately, Yasmin could not help herself,” her mother bravely told the meeting, “Yasmin’s pain is over now, ours has just begun. I wouldn’t wish this on any other family. There has to be something done.”

In an article published in last week's paper on mental health supports, a statement issued to the Limerick Leader, by a HSE spokesperson confirmed it has an established crisis team located at University Hospital Limerick who assess all presentations of those with mental health issues.​

“The decision to admit or not is made by the team , however referral to our Community Mental Health Centres throughout the region is another option available to the team. We also liaise with other community agencies as necessary,” they added.

If you need support or if you have been bereaved through suicide and wish to access supports, contact the Office for Suicide Prevention at 061-461262 and they will help navigate services with you. Alternatively, contact the Samaritans at 116123. Services are free and confidential.