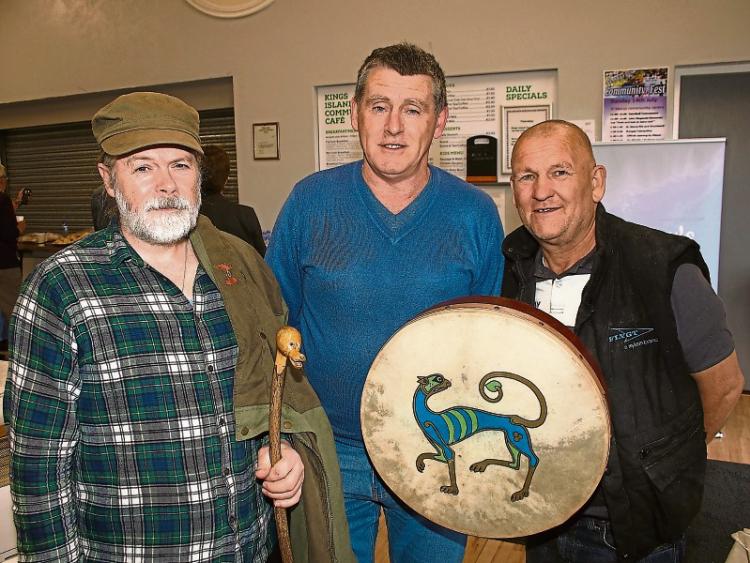 A LIMERICK city Men’s Shed group has been selected to compete in this year’s national Pride of Place awards.

Members of St Mary's Parish Men’s Shed are hard at work finalising their entry as judging takes place this week, September 4 and 5.

The group joins three other Limerick finalists who have selected to compete this year, including, Abbeyfeale Community Council, Newtown Cottage Association in Clarina, and St Michael's Day Care Centre in Cappamore.

The Men’s Shed group have been selected by Limerick City and County Council as this year’s entry for Limerick in the Community Wellbeing Initiative category.

Founded in 2012, in the historic King’s Island area of Limerick, St. Mary’s Parish Men’s Shed is thriving, with thirty plus members.

In 2012, the Community Development Project provided the group with a meeting room in their building in Verdant Place.

With the support of the Local Community Office and Limerick City and County Council, a new premises was provided in Nicholas Street.

Members of The Shed learn new skills such as carpentry, gardening, painting, beekeeping and playing musical instruments, as well as participating in local events and festivals.

The Shed has collaborated with various associations in Limerick such as Headway and Jigsaw, other Men’s Shed locally and nationally.

The IPB Pride of Place 2019 awards are presented in association with Co-operation Ireland and marks the 17th anniversary of the competition which has enjoyed tremendous success and continues to grow in terms of prestige and popularity.

The purpose of the competition is to acknowledge the work being done every day by communities all over the island of Ireland.

Congratulating the four groups on their selection Mayor of the City and County of Limerick Cllr Michael Sheahan said: “Right across Limerick, great work is being done by communities every day.

“These awards shine a spotlight on the people who are doing brilliant work in their communities.

“There’s a fantastic sense of civic spirit in Limerick, with communities like these showing exactly what can be achieved when they work together,” he added.

Pádraig Malone, Urban and Rural Community Development, Limerick City and County Council said: “Pride of Place brings together the efforts and endeavours of communities, their representatives and the local authority to celebrate the unique partnership and community spirit which exists throughout Limerick.

“Taking part in the IPB Pride of Place competition is a distinctive opportunity for community groups to be officially recognised on an all-island basis for the work being done every day by communities in Limerick.”

Limerick has an impressive track record in the competition, with Children’s Grief Centre winning in the Communities Reaching Out Initiative in 2018.

A Special Award has also been received by C-Well Kings Island in 2014. The winners will be announced at a gala ceremony in Kilkenny on November 30.