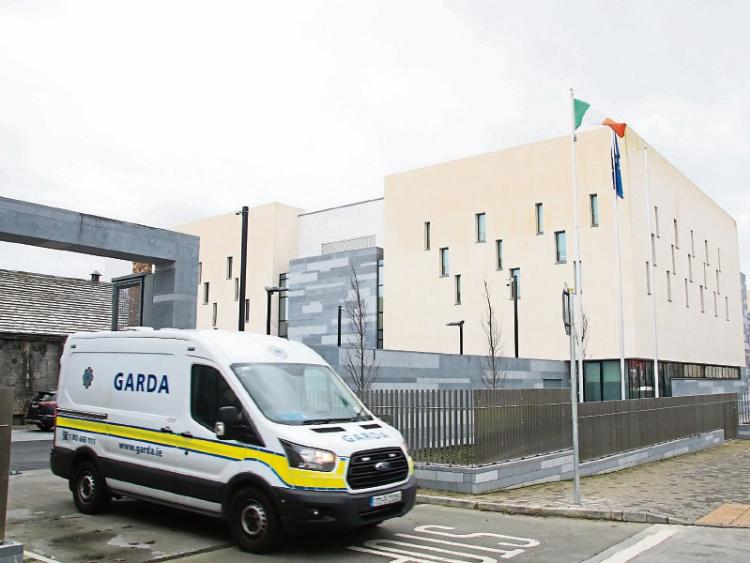 The accused was denied bail at Limerick Court

A YOUNG man who is accused of producing a slash hook type weapon during a violent incident in Patrickswell earlier this year has been refused bail.

Daniel Harty, 21, of Lisheen Park, Patrickswell is accused of producing the weapon during a dispute outside another house in Lisheen Park during the early hours of May 12, last.

He is also charged with intimidating a witness in an ongoing criminal investigation and with causing criminal damage to a house at Lisheen Park by smashing a rear door.

Opposing bail, Garda Brian Guilfoyle said it will be alleged that Mr Harty and two other men encountered the complainant as he was waiting for a taxi at around 1.30am having attending a family event in the village.

He told a vacation sitting of Limerick District Court the complainant, whose aged in his mid 30s, then ‘retreated’ to the house and that it will be alleged the three defendants then went to the back of the property where one of them broke a window and issued a number of threats.

It is the prosecution case that Daniel Harty was armed with a weapon which has been described as a “slash hook or small dagger” which he waved aggressively.

Garda Guilfoyle said there are ongoing tensions between two families who are living in the same estate and that there have been numerous incidents – some of which have resulted in arrests and prosecutions before the court.

“My belief is there will be further serious offences. I have huge concerns this fued could escalate further,” he said.

Solicitor Darach McCarthy questioned the credibility of the complainant and he said his client was willing to to “adhere strictly” to any bail conditions imposed by the court.

He said Mr Harty, who is married with a young child, is well-settled in Patrickswell and that he is involved in a number of local sporting organisations.

Seeking bail, he told Judge Marie Keane his client “has no animosity” towards the complainant but that he believes the allegations against him are ‘vacuous’ and will be fully contested.

Having considered the application, Judge Marie Keane said the charges before the court are extremely serious and that she was satisfied it was appropriate to refuse bail.

The matter was adjourned to September 10 for DPP’s Directions.