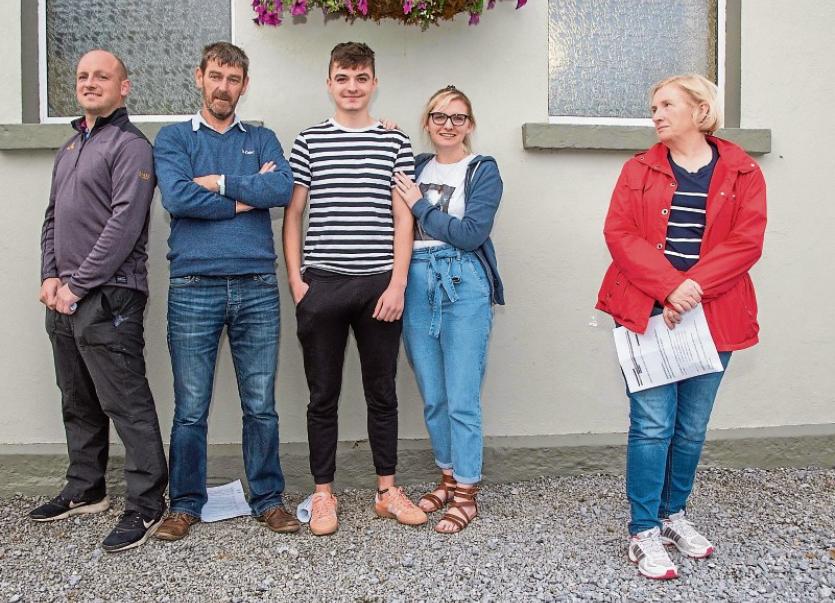 The cast of one of the short films - Forrest Gump

LIGHTS. Camera. Action. Film fever has Broadford in its grip  as the community gears up for its very own Night at the Oskars.

Meanwhile, film casts and crews are deep into rehearsals to produce their very own versions of iconic movies including Calendar Girls, Sister Act, Fr Ted, Forrest Gump, The Field, The Wind that Shakes the Barley and Waking Ned.

It will all come together, says Lillian White, at the Charleville Park Hotel on Friday, October 11 and the target is to raise €50,000 to carry out an extensive refurbishment of Broadford Community Centre.

It all began, Lillian explained, with an information meeting in the hall with the  Dublin based Kevin Rowe Production Events. “Then everybody turned up for auditions and casting,” she added. In all, some 68 men and women have signed up and, according to Lillian, everybody is getting on well.

Rehearsals have been underway for the past fortnight and filming will take place over two weekends in September after which the many hours of filming  will be edited down to ten minutes per film. Those films will then be screened on October 11 before an audience of hundreds when a wide range of awards will be announced.

But the work is not confined to film-sets, to making props and searching for costumes. There is a lot of fund-raising involved also and the long list of fund-raisers already underway includes a car wash, table quiz, an evening at Springfield Castle, a Make-Up Master Class, Gardening lectures, Grab a Gúna sale, a Tractor Run, a Cake sale and Cash for Clobber.

“Everyone is very committed,” said Lillian.

There will also be tickets to sell: a massive 800 tickets.  These are hitting local shops and outlets this week and cost €25.