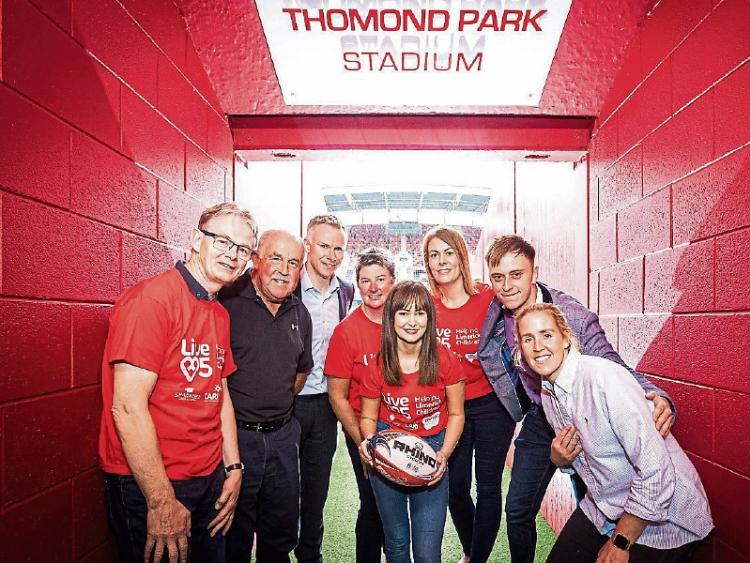 TWO Limerick tech companies have teamed up to raise money for needy children in the city.

The event takes place at the home of rugby in the city, Thomond Park, on September 12 at 7.30am.

It will bring stars from the rugby world together for breakfast, world cup predictions and some tales from behind the scenes.

Among the panel will be Grand Slam winner and professional referee Joy Neville along with Munster stars Tyler Bleyendaal, JJ Hanrahan and many more from the rugby world.

They will talk World Cup preparations, the challenges of preparing for the big day while sharing some entertaining anecdotes along with predictions for Joe Schmidt’s troops.

There will also be a data panel led by Pierre Visser, rugby technical consultant at Stats Perform where the focus will be on how sports tech and big data will play a major role in the upcoming World Cup.

The organisers have also said there are one or two big-name guests to be announced in the coming days.

Action Point chief executive David Jeffreys said:  “We’re delighted to be supporting the Live95 Helping Limerick Children initiative. These charities are providing amazing support to children in society who are most in need and this event is just our way of supporting their continued work. The goal now is to make sure we raise as much money as possible and I hope that we get the full support of businesses and people locally.”

The Helping Limerick Children initiative sees a number of charities benefit, including Cliona’s Foundation, based in Plassey.

Charity founder Brendan Ring said: “It’s wonderful to have companies like Action Point and Dell EMC behind our Live95 Helping Limerick Children initiative. The stage is set and we have a fantastic event in the making and now we’re hoping that the business community can support this great initiative along with any individual rugby fans who would like to soak up the pre-tournament atmosphere.”

The event has already garnered significant interest and tables are selling fast.

A table of 10 costs €500 which includes a corporate branding and PR pack.