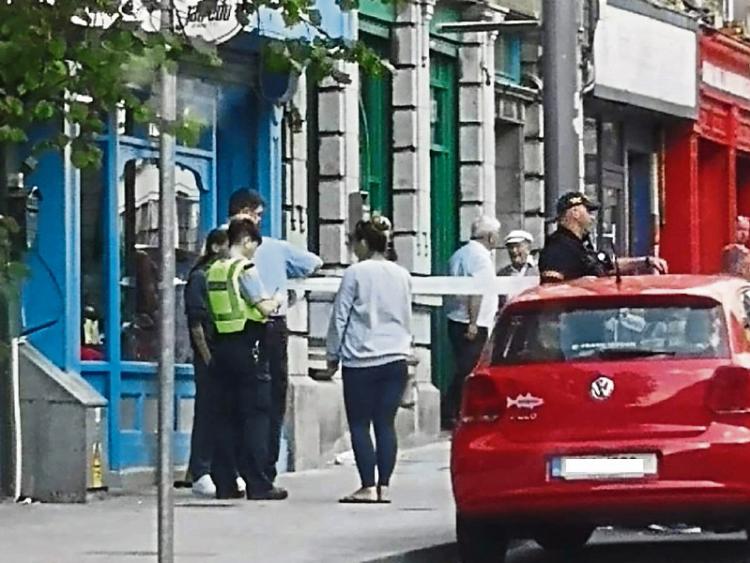 GARDAI have renewed their appeal for information following a stabbing incident in the city centre at the weekend.

The alarm was raised at around 3.20pm on Sunday after gardai were alerted to an injured man who was lying on a footpath at Upper William Street.

“Gardai went to the scene and the ambulance was already there and they removed the man to hospital. Gardai were informed that the man had been stabbed a number of times,” said Sergeant Ber Leetch.

Photographs of the injured man which have circulated online show him wearing a blood-stained shirt in the immediate aftermath of the incident.

While the man, who is aged in his mid-20s, sustained a number of injuries, none were life threatening and he has since been discharged from hospital.

A large area of Upper William Street was cordoned off by gardai following Sunday’s incident to facilitate technical examinations by members of the divisional scenes of crime unit.

“William Street is a very busy place on a Sunday afternoon and gardai at Henry Street are investigating this assault and are asking anybody who was around that area between 3.15 and 3.45 to contact them if they saw this assault or know anything about it,” said Sgt Leetch.