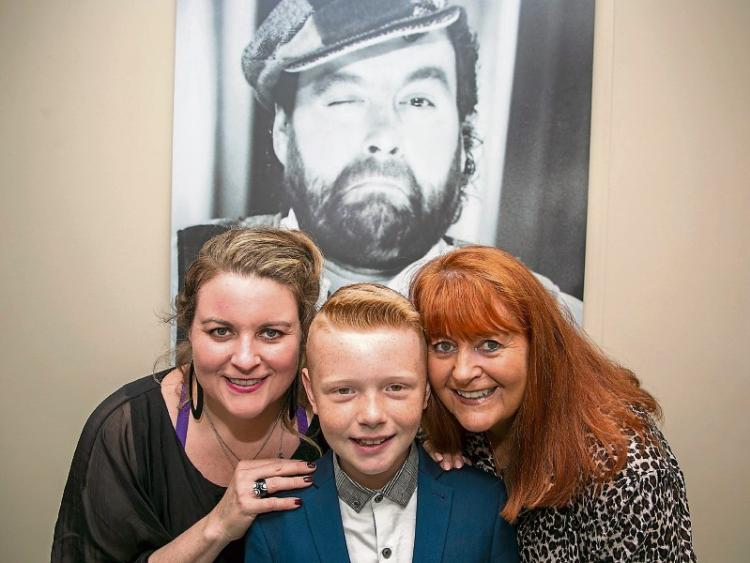 THE family of the late comedian Brendan Grace has, together with the Shannon Group, honoured one of his last wishes by having his photo installed in the Shannon Airport Wall of Fame.

Mr Grace’s wife Eileen, daughter Amanda, son-in-law Frank and grandson James (11) were on hand to unveil the photo in the Shannon Airport gallery this Tuesday as they closed out on one of Brendan Grace’s wishes ahead of his much-mourned passing in July.

The 4ft x 4ft photo joins the airport Wall of Fame, which now comprises over 80 photos of some of the world’s most famous personalities from stage and screen, as well as politicians and kings and queens from around the world who visited the airport over the last eight decades.

The Wall of Fame, which includes every US president since JFK, was installed in 2015 in the airport departures lounge.

The late comedian and his wife Eileen had been planning his addition to the gallery from early this year but his deteriorating health prevented it coming to fruition at the time.

“Brendan loved Shannon Airport. He travelled through here for five decades over and back to the US, in particular, but also the UK and Europe.  He just loved the convenience and warmth of it.  It was, in fact, one of the reasons that got us to come and live in Killaloe,” said Ms Grace.

“He was really delighted then when Shannon Group suggested that we have a photo of him installed in their Wall of Fame. It’s a lovely exhibition, with so many famous people having come through. It just conjures up so many memories for people and I expect the same will happen with Brendan’s photo. It was just such a source of pride for him that he was going to be included among all those famous faces,” she added.

Eileen revealed that she and her husband met with airport representatives in the spring but that Brendan’s health wasn’t great. “It was one of the things he wanted to do and we are delighted today that we have finished the task but so sad that he wasn’t here with us,” she said. 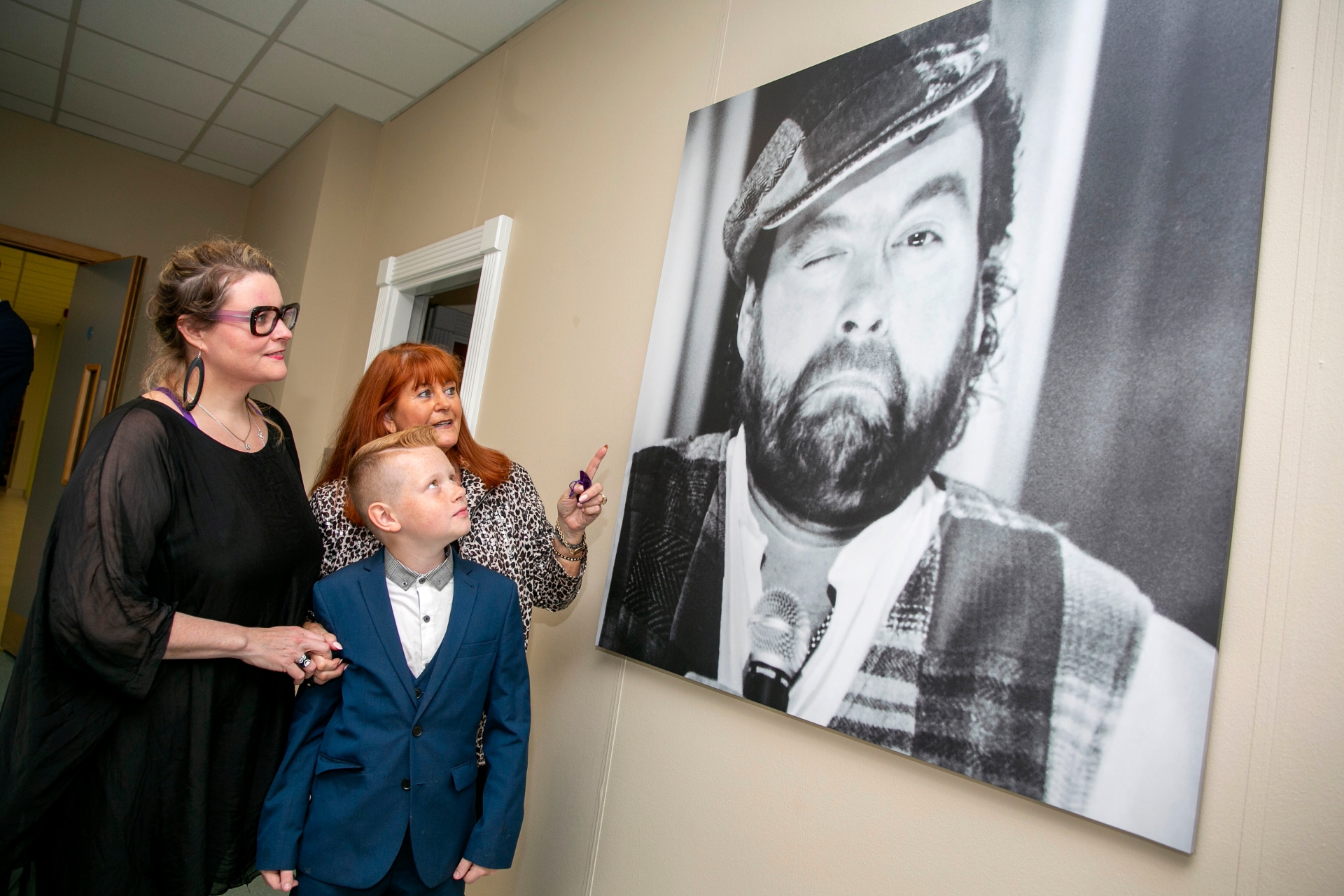 Acting CEO of Shannon Group Mary Considine said it was a day of mixed emotions:  “Brendan Grace was a frequent flyer through Shannon and our staff got to know him as a true friend.  He was a huge supporter of Shannon Airport and we were deeply saddened with the news of his passing. It means a lot to us today to be able to fulfil his wish and see his picture proudly displayed on our Wall of Fame.  This photograph will be treasured and hopefully bring a smile to all who see it, remembering with fondness the laughter and joy Brendan brought to so many over the years”.

Speaking at the unveiling ceremony, Mayor of Clare Cllr Cathal Crowe said:  “The Grace family have been remarkable in how they have dealt with Brendan’s passing.  They have mourned his death deeply but have also really celebrated his life.  Their desire to follow through on his wishes and have this photo installed in the remarkable Shannon Airport Wall of Fame is further evidence of that.  It is a great gesture from the family, one that reflects the special relationship he had with the airport and County Clare, but also one that will give all those passengers coming through Shannon a lovely moment as they remember this very special person and the wonderful, joyous impact he had on our lives.”