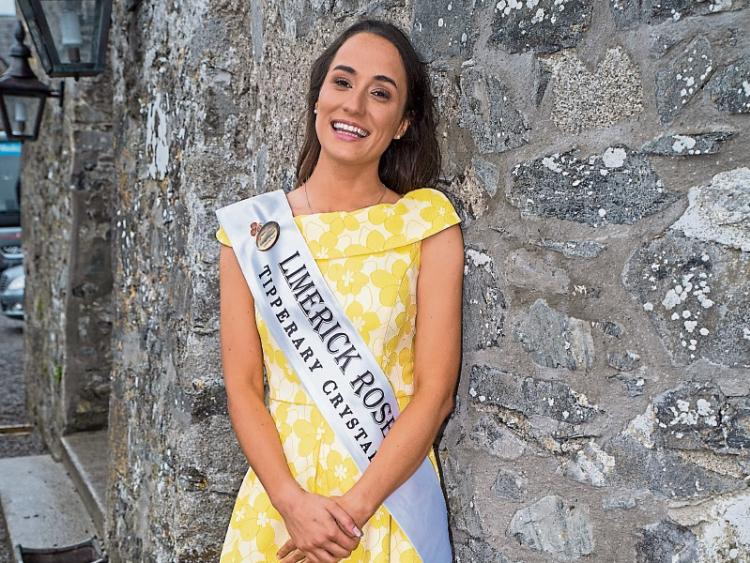 LIMERICK will be well-represented during this year’s Rose of Tralee, which kicks off this Monday evening.

The 27-year-old junior doctor who grew up in Mungret and lives in Adare, has said she is “honoured and delighted to represent the Treaty County.”

On Monday night 18 Roses will appear on part one of the televised selection on RTÉ One – 10 of whom will represent Rose of Tralee Centres from overseas and eight from counties in Ireland.

The remaining 14 Roses will be featured on Tuesday night before the 2019 Rose of Tralee is crowned and the list of Roses appearing each night, in alphabetical order is as follows:

The 2019 Rose Escort of the Year will also be announced on Monday night.

West Kerry native, Dáithí Ó Sé will present the Rose of Tralee for the 10th year from 8pm on Monday and Tuesday nights.

Sinéad has plenty of Limerick company in the competition, as multiple Roses this year have connections to the county.

This year’s Melbourne Rose, Jordan Balfry, is originally from Caherconlish, but has spent the past year working in a maximum security prison in the Australian city.

Meanwhile, New York Rose, Elena Evangelou’s mother was born and raised in Pallaskenry, while Galway Rose, Órla McDaid has links to Askeaton through her father.  It is on television this Monday and Tuesday nights.