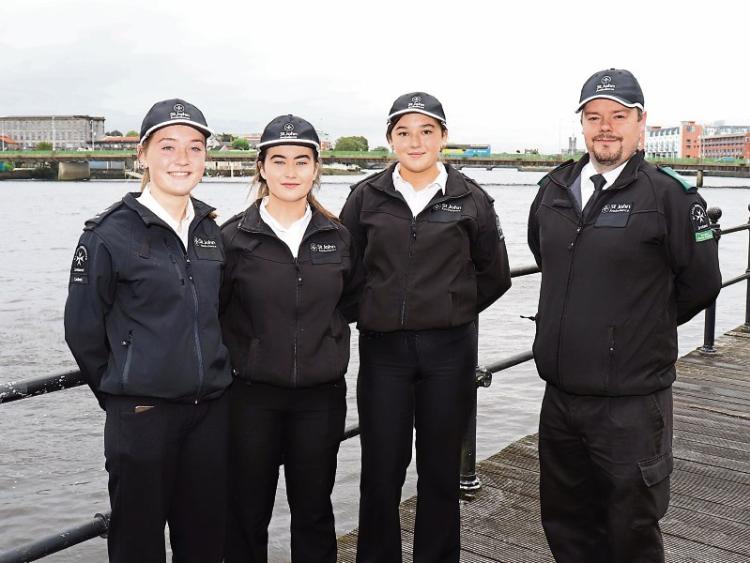 THREE city teenagers who helped a man stricken from a road crash have spoken about the incident.

Caoimhe Dufy, 14 Aoife Benson Hannon, 15, and Aislinn Barnes, 16, were hailed “heroes” after they took potentially life-saving action at a site in the Ballysimon Road where a road traffic collision had taken place.

The trio, all members of St John’s Ambulance, had met early on Saturday morning, August 17, for a coffee near the group’s base in the Crosagalla Business Park.

From there, they were going to provide support to the Community Games at the University of Limerick.

But just as they were walking towards the site, they happened upon a car crash involving two vehicles. – and their training kicked in.

Taking up the story, Aoife said: “We met at the petrol station in the Ballysimon Road, as we’d normally get a coffee before we start our duty. Then we walked across the road and saw this incident.”

“We didn’t think about it much. We just jumped straight in. We realised we needed to get over and help. We all just felt ‘this doesn’t normally happen. We looked at each other in shock,” she added.

However, then their training kicked in, with their performing the ABC method – checking the man’s airways, breathing and circulation.

But what was really important was to keep the man calm.

Aislinn said: “That’s the main thing. No matter how minor or serious it is, communication is a big skill. To keep them calm and talking to them. It’s half the battle, as they will calm down and start speaking.”

Aoife aded: “It involves a lot of social skills – reassuring people, getting them to keep calm and not move so we could be sure they wouldn’t injure themselves further.”

It was around a 10 minute wait until the ambulance arrived.

Ross Sherlock, cadet training officer said: “I’m absolutely delighted with what the girls did. They knew exactly what to do and everyone in St John’s Ambulance is so proud of them.”

Despite getting widespread praise for their actions, Aislinn said the friends do not feel like heroes.

She said: “It was just that we saw something that was happening. It is what we are trained to do. We just saw it as something we had to do.”St John’s Ambulance Limerick are always looking for new members. To this end, they will hold a recruitment evening on Thursday, September 5, from 6.30pm in Crosagalla.