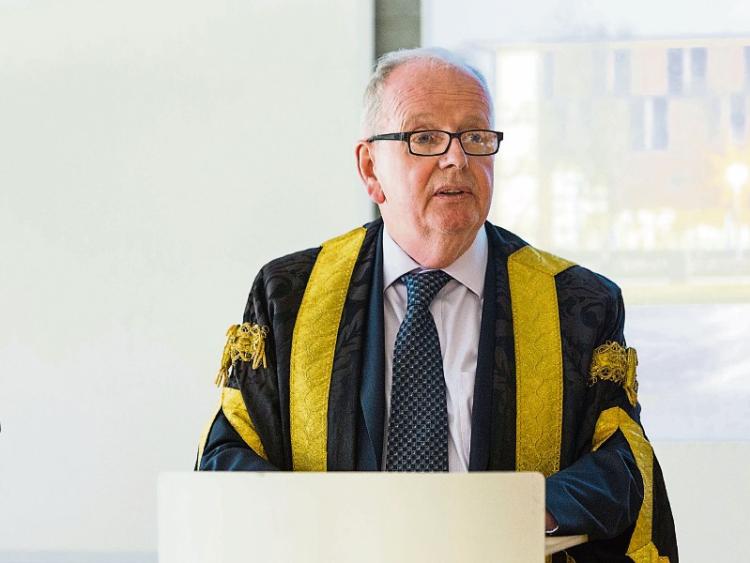 UL president: ‘we must treat corporate governance with seriousness it deserves’

THE PRESIDENT of the University of Limerick, Dr Des Fitzgerald has welcomed the Governing Authority’s revision of a disciplinary statute for staff of the university.

The move follows what the president has described as “unacceptable controversies in this university which caused significant damage to the reputation of the institution”.

The Governing Authority has given the go-ahead to the revision of Statue No 4 of the disciplinary procedure of the university and the revised statute is now in force.

The need to update Statute No 4 was first identified in the Mazars Report in 2015 and the issue was highlighted again in the Thorn Report in 2017.  The reports focused on HR and finance practices at UL over a number of years, after failures were brought to light by a number of whistleblowers.

In an email to UL staff, president Fitzgerald said that the revised statute “specifies thresholds for serious misconduct, provides for a robust decision‐making process that is transparent and documented, provides a clearer process in respect of staff on probation and allows that when overseeing an appeals process, the Governing Authority will be aware of the initiation of and general circumstances surrounding disciplinary action under the statute.”

Dr Fitzgerald also acknowledged the “hard work of many members of staff, led by Director of HR Andrew Flaherty, in bringing about this overdue reform”.

“It is hard to overstate the importance of this work,” he added, recognising the “need” for such reform surfaced in previous years when the Thorn and Mazars reports were first issued.

“These two reports were a response to unacceptable controversies in this university which caused significant damage to the reputation of the institution and which continue – even in recent weeks -  to be referenced by those who wish to restrict the autonomy of universities generally and which could have lasting, negative consequences for the university sector in Ireland,” he said.

“With the reform of Statute No 4 we have now completed, or continue, the implementation of all the recommendations set out in the Mazars and Thorn reports.  But our work in this area doesn’t finish now,” he added,  “we must continue to treat the issue of Corporate Governance with the seriousness it deserves, not least to prevent controversies arising in the future.

“That is the key to ensuring that the university is best placed to grow and to meet the challenges of the coming years and decades.”

A UL spokesperson said: “The revision of Statute No 4 of UL’s disciplinary procedure follows recommendations made in both the Mazars Report of 2015 and the Thorn Report of 2017.

“The Governing Authority has approved the revision and it is now in effect.”

Statute No 4 governs all disciplinary issues relating to UL employees, up to and including their dismissal, and was approved by Governing Authority on August 9 of this year.