South East Clare Show may ban Limerick people in future due to their success! 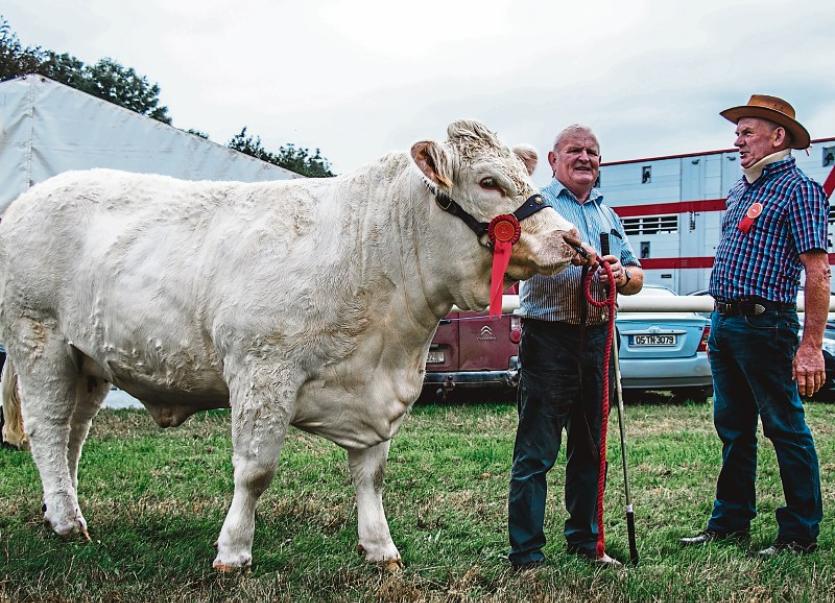 Few left empty handed! Showers did not deter spectators or competitors throughout the day.

The food court area was a hive of activity and included live cooking and a selection of homemade produce.

There was big excitement amongst all the children to see the giant Disney characters wandering around. A family trip to Disneyland, Paris was won by Limerick native Eibhlin Cronin.

Inside the marquee the horticulture and home produce sections were on display. Following early morning judging the best apple / rhubarb tart was won by Leanne Minihin, Lisnagry.

He presented the champion young horse of the show - the Pat Hayes Perpetual Cup – to Michael and Rachel Lyons, Birdhill for their three-year-old gelding.

Yvonne McNamara, secretary of the South East Clare Show, wished to thank all their sponsors “without whose generosity the show would not happen, the army of volunteers who give their time freely in advance of the show date and on the day”.

“The South East Clare Show looks forward to presenting a donation to Milford Care Centre, our charity of choice for the show later this month,” said Ms McNamara.

Read also: WATCH: Annual show is one of the jewels in Limerick’s crown