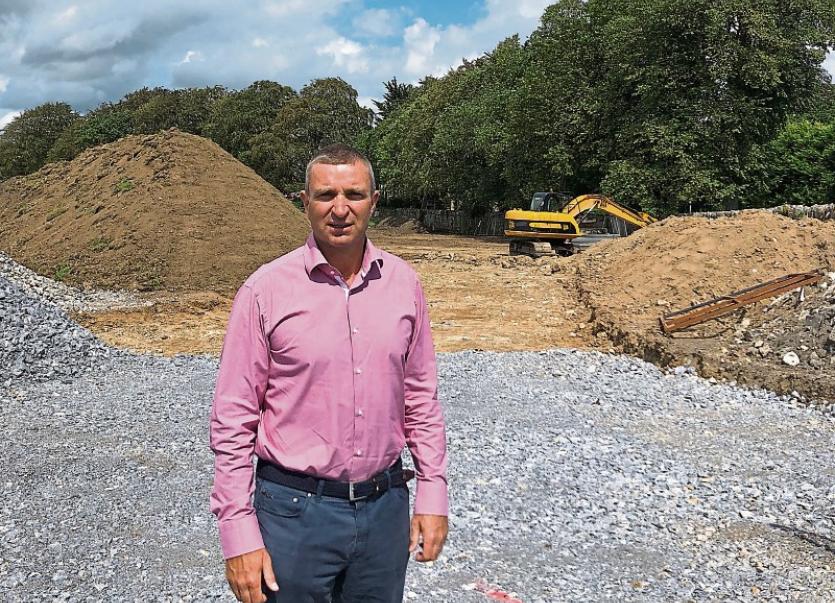 Primary care centres in city and county are ‘taking forever’, says Niall Collins, pictured at the site of the planned Croom facility

TDs are well used to getting phone calls about medical cards, social welfare and housing but a new one for Niall Collins of late has been people unable to get GP appointments.

He’s not sick of it, he just says it is a reflection on the shrinking numbers of GPs and particularly in rural areas.

“They are ringing me saying they can’t get through to their doctor to make appointments. That is a fact,” said Deputy Collins. And if people are ill but can’t get to see their GP for a day or two they inevitably end up going to the already overstretched emergency department in University Hospital Limerick, they said.

He put down a Dail question to ask the Minister for Health Simon Harris what  primary care centres are to be developed in Limerick city and county.

Their aim is to provide primary care services that are accessible, integrated, of a high quality and which meet the needs of the local population. Services include GP, nurses, home help, occupational therapy, physiotherapy, speech and language and social work.

The Minister for Health asked the HSE to reply to Deputy Collins on the matter as the HSE has responsibility for their provision, maintenance and operation.  The HSE said Castletroy Primary Care Centre is due to become operational in the last quarter of 2019.

Kilmallock will also open at the end of this year. The building of Croom started in July.

Ennis Road is in the early planning stages with the developer and the HSE.

A planning permission application for Newcastle West was submitted and a further information request is being provided to Limerick City and County Council as requested.

Dooradoyle is in the exact same position. Caherconlish is in the early planning stages with the developer and the HSE. In Abbeyfeale expressions of interest from potential developers have been received and are under review.

Deputy Collins welcomed the progress but said they are “taking forever”.

“And there needs to be more. They are the future for delivering primary care in the community. They should help when they are built and when they are properly resourced with the different skillsets to take demand from the chaotic emergency department in University Hospital Limerick.

“The government are spectacularly under ambitious in the number they are seeking to build across Limerick city and county. They are only looking at the big population centres but every population centre should have one,” concluded Deputy Collins.