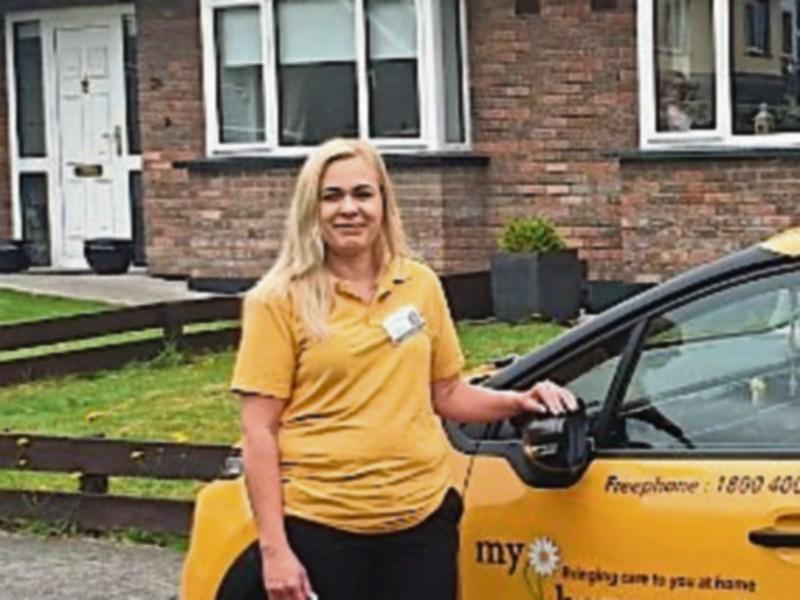 A LIMERICK carer has been hailed a “hero” after rescuing an elderly woman, her grandson and two pet dogs from a fire at her home.

Monika Szurkus-Urbanaka, who works for Myhomecare.ie, is being put forward for the title of Carer of the Year after performing the daring rescue at the home of one of her clients, an 81-year-old lady in Corbally.

As she was approaching the home ready to get her client ready for the day, Polish woman Monika saw smoke pluming from the house.

Without a second thought, she ran inside, grabbed a cushion from the couch and put it over her nose and mouth to prevent her from inhaling smoke. It was then she then brought the pensioner, who has mobility issues, from the house, before returning a second time to ensure no-one else was in.

She discovered the woman’s grandson and beloved pet dogs and managed to get them outside to safety.

Describing the accident Monika, who has worked for the company for two years, said: “I had my own key. I opened the door and was met by smoke. I knew straight away, I didn’t overthink it. I just ran inside. The smoke was getting worse and my client was walking slowly. Everytime I went to talk I had to remove the cushion from my face.

“I felt scared, but I felt an adrenaline rush take over my entire body. Afterwards, I was so relieved that everyone had made it out OK, the fire brigade came in time and nobody was injured.”

Deirdre Doyle, account manager with MyHomeCare.ie said: “Words cannot express how proud we are of her and how amazing she is. We all asked ourselves, would we be that brave? And you just don’t know. It’s just incredible to me.”

Company chief executive Declan Murphy added: “This is a true depiction of our staff going above and beyond for our clients’ daily and to carers across Ireland who put others needs before their own every single day – they are the unsung heroes in our society.”

Bosses at Monika’s employer are now in the process of recognising her life-saving actions.

But Deirdre says that the carer is not seeking any more attention.

“It boggles my mind every time I think about what Monika did.

“She is an amazing person. And she doesn’t want anything. She’s quite shy, and just puts it down to doing her job. She says that she was hardly going to leave her client,” she added.

The fire is believed to have started in the utility room of the house, and there is still some damage as a result.

But the main thing is, no lives were lost.

“She really is a big hero,” Deirdre concluded.

Read also: Over €88,000 raised in just 24 days as cancer sufferer aims for shot at life