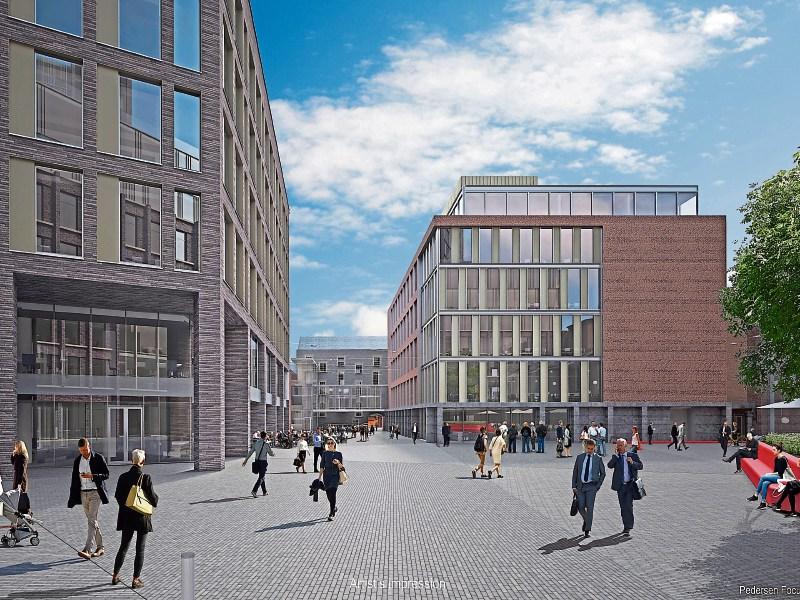 The national appeals body has written to the group, as well as the 36 people who made submissions on the plan to inform them of the request.

As part of the multi-million euro scheme, Limerick Twenty Thirty is seeking permission to transform an unused area of Patrick Street and its immediate surrounds.

The scheme will include offices, houses, an apart-hotel, a new city library, cafes and restaurant, with one of the towers rising 15-storeys high, according to proposals.

The exciting plans are projected to deliver up to 3,000 positions in total.

An Bord Pleanala has requested new photomontages of the proposed development from the western side of the River Shannon, near Sarsfield Bridge, as well as Thomond Bridge and King John’s Castle.

Interestingly, the planning authority has requested these photomontages include in them another proposed towering structure, the Kirkland Apartment scheme planned for Bishop’s Quay.

And, they have asked for a photomontage of the development, and how it will look on the skyline with the International Rugby Experience, which is undergoing construction right now.

Also in the request for further information is an analysis of sunlight, daylight and shadow analysis.

He said: “It’s a very sensitive site, and it’s good that An Bord Pleanala seem to be making a very careful assessment of the application. It’s crucially important because what you have here is a site where the Georgian city lies, and it’s a very prominent site. Anything that is there must be sensitive to the architectural context.”

Limerick Twenty Thirty must respond to An Bord Pleanala with the information by 5.30pm on Friday, August 23 next.